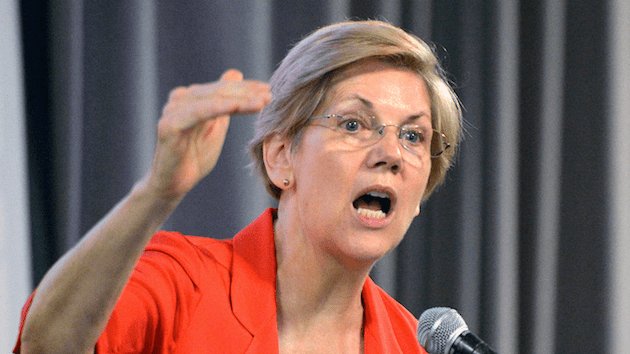 On Monday, Sen. Elizabeth Warren (D-Mass.) called on the Government Accountability Office to investigate non-bank companies that service Americans’ mortgages, noting in a letter co-signed by Rep. Elijah Cummings (D-Md.) that an increasing number of lawsuits has been filed in recent years against these firms—which are not regulated as strictly as banks.

Mortgage servicers, whether they are owned by banks or not, handle mortgages after they’ve been sold to a customer. That means they take care of administrative business including collecting mortgage payments and dealing with delinquent borrowers. What Warren and Cummings are worried about is that the share of non-banks servicing mortgages has grown astronomically—300 percent between 2011 and 2013—and it appears that the increased workload has led to shoddier service.

The rise of the industry, which typically services lower-income borrowers, “has been accompanied by consumer complaints, lawsuits, and other regulatory actions as the servicers’ workload outstrips their processing capacity,” according to a recent report by the Federal Housing Finance Agency. Last December, for instance, the Consumer Financial Protection Bureau—the agency Warren helped create—entered a $2 billion settlement with the nation’s largest non-bank servicer over mortgage mismanagement. Financial industry watchdogs and consumer advocates have charged that the non-bank home loan servicing companies are often unwilling to work with troubled borrowers to modify mortgages and prevent foreclosures.

In their letter, Warren and Cummings also urge the Government Accountability Office to investigate how consumers might be harmed in the event that a large non-bank servicer collapses during a economic downturn. Non-bank mortgage companies are not subject to the regulations governing banks that perform the same functions, such as the requirement that they hold onto a certain amount of emergency funds in case of a financial collapse.