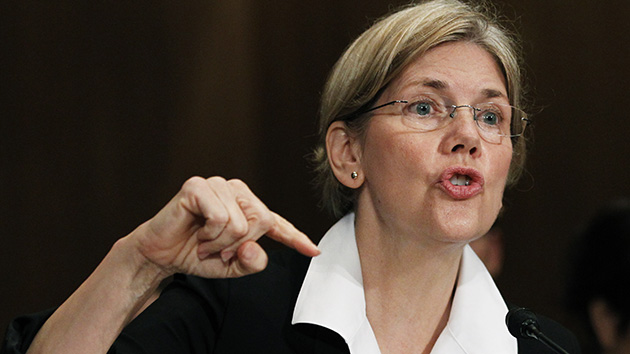 In a new interview with Salon, Sen. Elizabeth Warren (D-Mass.) leveled a bit of harsh criticism towards President Barack Obama’s administration, charging his financial advisors with routinely favoring big banks following the financial crisis, rather than looking out for ordinary Americans.

“They protected Wall Street,” Warren said. “Not families who were losing their homes. Not people who lost their jobs. Not young people who were struggling to get an education. And it happened over and over and over.”

But the senator, who was responding to columnist Thomas Frank’s question regarding Democrats’ mounting disappointment since the 2008 election, stopped short of issuing a scathing rebuke, largely pointing the finger at Obama’s economic team for deregulation failures. She also made sure to credit the president with the creation of the Consumer Financial Bureau.

“If Barack Obama had not been president of the United States we would not have a Consumer Financial Protection Bureau. Period,” Warren said. “I’m completely convinced of that…He was the one who refused to throw the agency under the bus and made sure that his team kept the agency alive and on the table.”

As for continued confusion regarding the bureau’s name itself, Warren jokingly blamed Republicans for the head-scratching.

“It was named by Republicans to be as confusing a name as possible. I used to think of it as the four random initials. I just call it my consumer agency. So that’s it, just the consumer agency.”

Warren also noted that in light of Attorney General Eric Holder’s recent resignation announcement, she would work to confirm a successor who will fully prosecute banking executives.