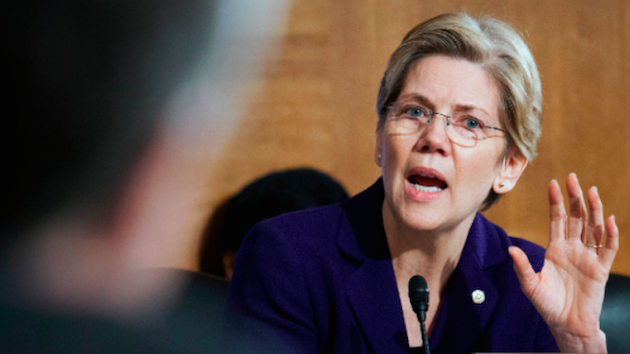 Pointing to recently leaked audio recordings between officials at the Federal Reserve and Goldman Sachs bankers, Sen. Elizabeth Warren (D-Mass.) is slamming regulators for being far too timid and compliant when it comes to laying down the law with big banks.

“Well, ultimately this report tells us exactly what we already knew — that the relationship between regulators and the financial institutions they oversee is too cozy to provide the kind of tough oversight that’s really needed,” Warren said in an interview with NPR.

While the secret recordings, which were captured by former bank examiner for the Federal Reserve Carmen Segarra, do not expose any flagrant wrongdoing by either side, they do reveal an uncomfortable, wholly inappropriate eagerness to please Goldman Sachs. And let’s keep in mind Segarra’s secret tapes were recorded in 2012, at least four solid years after the financial crisis.

After This American Life and ProPublica jointly released the tapes last week, Warren and Sherrod Brown (D-Ohio) have also called for a federal investigation into the dealings of the New York Federal Reserve.

The New York Fed has since “categorically rejected” the accusations, but Warren tells NPR the public needs more individuals like Segerra who are willing to speak up against institutions deemed “too big to fail.”