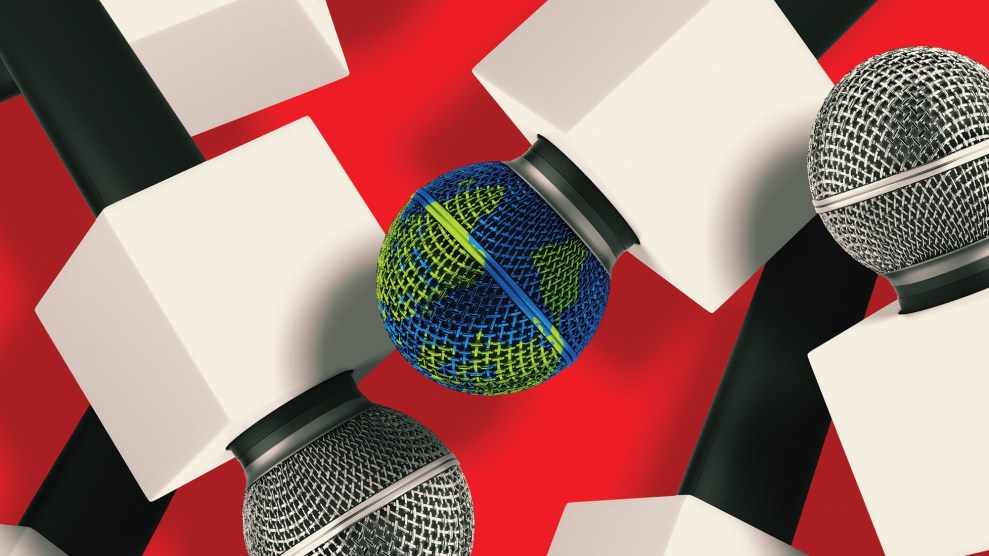 Blink and you would have missed the most substantial reference to climate change in the three 2016 presidential debates. “I think the science is real,” Hillary Clinton affirmed in her first showdown with Donald Trump, not because she was asked about it, but because she wanted to highlight yet another contrast between them. And that was the end of the matter.

This was no surprise. Democratic candidates have typically treated climate change as just another talking point to breeze through before getting to their real policy priorities. Ever since a cap-and-trade bill flamed out on Capitol Hill a decade ago, the Democratic establishment has remained convinced that focusing too heavily on climate change is a losing strategy.

But the 2020 race might be different. Liberal Democrats rank global warming and environmental protection as two of their top four issues, according to Yale polling. And a majority of adults under 30 say that addressing climate change should be a top priority for the president and Congress, according to the Pew Research Center. As incoming House members and the Sunrise Movement’s young activists have injected a new sense of urgency into the discussion, you can’t find a single Democratic candidate who won’t say that the climate is a priority. In his 2020 announcement video, Sen. Bernie Sanders (I-Vt.) said climate change is “an existential threat to our country and the entire planet.” Sens. Elizabeth Warren (D-Mass.) and Kamala Harris (D-Calif.) have lined up behind the broad principles of Rep. Alexandria Ocasio-­Cortez’s Green New Deal.

“You can hardly point to anything you care about and say it isn’t necessary to defeat climate change to protect it.”

Then there’s Jay Inslee. He was the climate candidate before the climate was a cool—or hot—topic. The genial, wonky 68-year-old governor of Washington state is pushing the envelope by betting his long-shot presidential run on an audacious pitch: Climate change isn’t a niche issue, Inslee insists; it is the issue, the one that ties together everything voters care about, from the economy and health care to immigration and national security. “You can hardly point to anything you care about and say it isn’t necessary to defeat climate change to protect it,” Inslee told me from the “real Washington” as he recharged between campaign stops. “So we can’t succeed on these other issues unless we defeat climate change.”

That reasoning may not take him to the White House, but just as Sanders spotlighted economic inequality in 2016, Howard Dean drove Democratic opposition to the Iraq War in 2004, and Ross Perot’s third-party run in 1992 fixated on balancing the federal budget, Inslee’s unrelenting focus could open the Overton Window a bit wider. “It is expected now that candidates will talk about climate change,” says Jesse Ferguson, a Democratic consultant and former top spokesperson for Clinton’s 2016 campaign. “There was a gauntlet that Jay Inslee laid down when he announced. You can’t just talk about climate—you’ve got to mean it.”

“It’s hard to see how he doesn’t pull the entire field toward the issue,” says Anthony Leiserowitz, director of the Yale Program on Climate Change Communication. While voters want politicians to reflect their priorities, candidates’ rhetoric does shape the agenda. The more that candidates, not just Inslee, talk about climate, the more voters “could easily be tipped into saying, ‘I got it—this is a real issue,”’ Leiserowitz says.

Before many of the young people in the Sunrise Movement had even finished elementary school, Inslee was preoccupied with climate change. He caught the environmentalism bug from his outdoorsy parents, pursued a career as an attorney, and won his first bid for Congress in 1992. He sponsored an ambitious clean-energy bill in 2005. Its provision encouraging energy-efficient retrofitting fed into the American Clean Energy and Security Act, the comprehensive cap-and-trade bill that passed the House in 2009, only to die in the Senate. In 2004, Inslee and his wife saw former Vice President Al Gore present a slideshow that would later become the 2006 film An Inconvenient Truth. A year after Gore’s blockbuster documentary came out, Inslee cowrote a 387-page climate manifesto titled Apollo’s Fire—a reference to the space race, the kind of technological vision Inslee thought could be harnessed to build a clean-energy future.

The book was a wonky blueprint for what Inslee would try to implement when he was elected governor in 2012. In Olympia, he backed two attempts to pass a carbon tax that would fund public transit, green jobs, and pollution cleanup in low-income communities. The fossil fuel industry spent nearly $32 million to defeat the 2018 measure. In what he calls “the next battle,” Inslee and the Democratic-controlled Washington Legislature are attempting to pass a $273 million transportation and infrastructure package that would invest in a renewable energy grid and promote clean fuels and energy efficiency. The sweeping plan working its way through the Legislature is a microcosm of his presidential platform: clean energy, green jobs, environmental justice, and an end to fossil fuel subsidies.

Paradoxically, the very issue Inslee has cited to set himself apart from the pack has gone mainstream. To stand out in an increasingly crowded field, he’s arguing that his strongest asset is his years of experience pushing, if not always passing, a serious, workable climate agenda. “Where it comes in handy to be a governor and having served in the Legislature [is] to understand how tough a lift this is—how much capital you have to spend, how much you have to be concentrated to this effort,” he says.

Inslee has described his campaign stops as “tours of both the peril and the promise.” He launched his campaign at a solar power firm in Washington, hung out with climate-­activist kids at school strikes in New York City, and talked with wildfire survivors in Southern California. “If Joe Biden wrote a book about climate change in 2007, I must have missed it,” Inslee quipped on a trip to meet mobile home residents who’d lost everything in the Woolsey Fire last fall.

Inslee brings a dose of realism to all the talk about moonshot climate goals, says Greg Carlock, the Green New Deal research director at Data for Progress, a liberal think tank. “Anyone can ramp up rhetoric. Someone who has had to implement can understand what is pragmatic,” Carlock says. Reflecting on his time as a candidate whose signature issue pushed him into prominence, Howard Dean says, “In Jay’s case it’s a little bit different because everybody else is ostensibly for doing something about climate change. He’s just going to be the person who really knows a lot about it.”

And knowing a lot about it, Inslee says, is his greatest competitive advantage. He knows he’s still way ahead of the Democratic Party in his understanding and work on the existential threat. “You can’t solve climate change by just checking a box,” he says. “If the next president has not made this priority one, then it cannot get done. And you can’t just make this one of the things on the to-do list.”