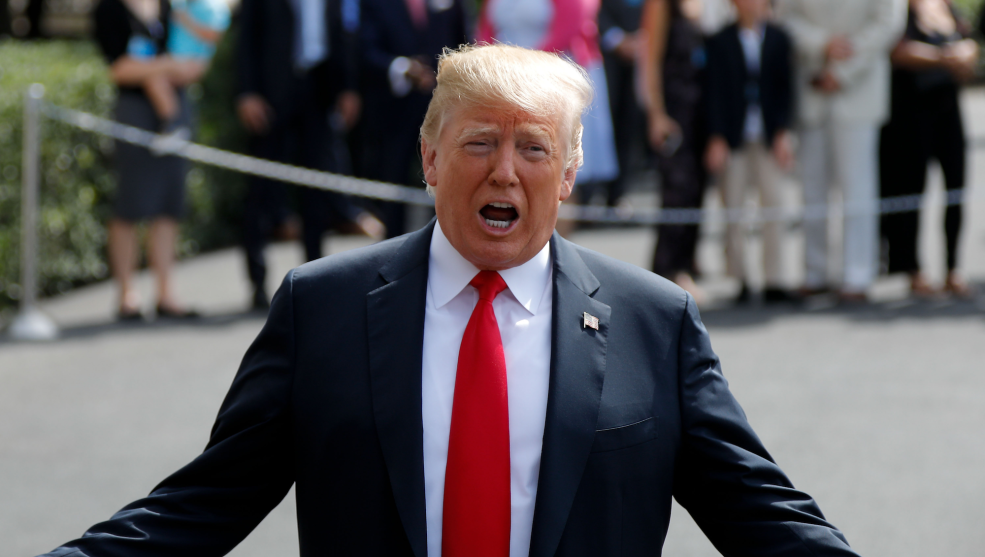 Continuing his stream of angry tweets from this weekend, President Donald Trump on Monday continued to reject reports that White House counsel Don McGahn has cooperated with special counsel Robert Mueller. Insisting that he had given McGahn full permission to sit down for interviews with investigators, Trump also accused Mueller, whom he branded “disgraced and discredited,” and his team of attempting to sway the upcoming midterm elections.

Disgraced and discredited Bob Mueller and his whole group of Angry Democrat Thugs spent over 30 hours with the White House Councel, only with my approval, for purposes of transparency. Anybody needing that much time when they know there is no Russian Collusion is just someone….

….looking for trouble. They are enjoying ruining people’s lives and REFUSE to look at the real corruption on the Democrat side – the lies, the firings, the deleted Emails and soooo much more! Mueller’s Angry Dems are looking to impact the election. They are a National Disgrace!

The president’s tweets were provoked by a New York Times report this weekend revealing that during his three separate interviews with the special counsel’s investigation, McGahn has opened up extensively, likely out of concern that Trump may be prepared to throw him under the bus should any potential obstruction charges be filed. Subsequent reports indicated that Trump’s lawyers have found themselves in the precarious position of not knowing the full extent of McGahn’s cooperation or what he has told Mueller.

With Trump’s legal team scrambling to rebut the reports, the president’s lawyer Rudy Giuliani on Sunday sparked widespread mockery for claiming “truth isn’t truth” while describing why he doesn’t believe Trump should sit down with Mueller. The former mayor of New York attempted to clarify his remarks on Monday with the following explanation:

My statement was not meant as a pontification on moral theology but one referring to the situation where two people make precisely contradictory statements, the classic “he said,she said” puzzle. Sometimes further inquiry can reveal the truth other times it doesn’t.