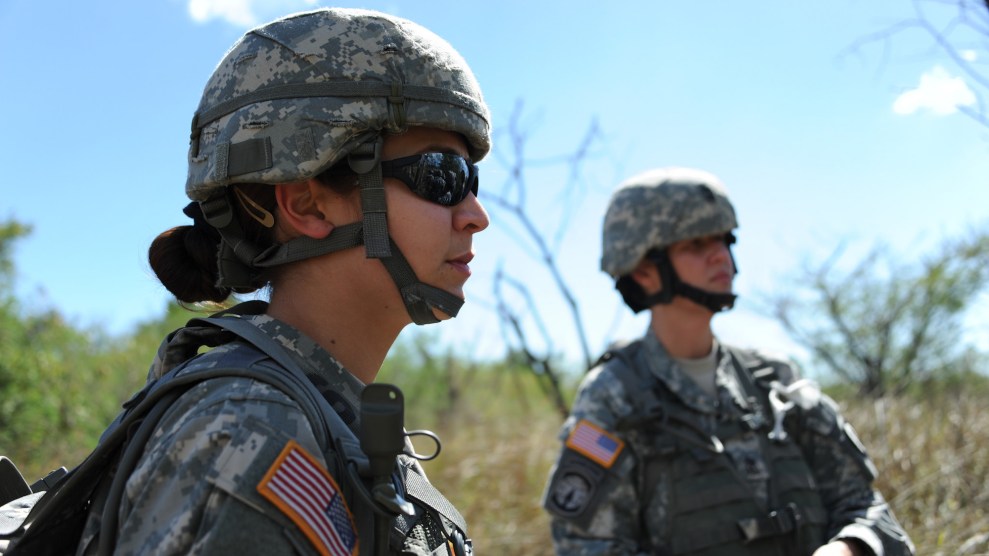 Every month, on the sixth floor of an office building in Arlington, Virginia, the employees of a mostly forgotten government agency practice sending you to war.

They gather in a windowless white-and-turquoise conference room for what feels like the world’s saddest, most ominous Pick 6 drawing. At the far end, ping-pong balls are racked up inside a pair of plastic drums, big, clear hexagons that sit on pedestals above industrial gray carpeting. One holds 366 balls, each blue and labeled with a different day of the year, including leap day. The white balls in the other drum are numbered 1 to 366. The lower the number, the likelier a young man will be told to pick up a rifle.

The workers drop the balls out of their racks and send them bouncing around the drums, lottery-style. After a minute, a woman plucks one out and reads off the date: September 1. Another worker double-checks and barks out the date a second time, over the whir of the drum fans. Off to the side, a TV screen keeps track of the drawing results, a Microsoft Office version of the NFL’s fancy draft ticker. Then two other employees repeat the process with a numbered ball. They pull 235; September 1 babies are probably safe.

This is all a dry run. An actual military draft would be broadcast live across the country, watched by the same mix of young men, frantic parents, and rubberneckers who tuned in to witness the lotteries held during the Vietnam War. The real thing hasn’t been held in more than 40 years, and virtually no one believes it will ever be held again. That hasn’t stopped the government from continuing to fund the 124-person Selective Service System to the tune of $23 million a year, saying the independent agency—whose sole function is to administer the draft—is needed in case we ever face another large-scale war. “We’re a very inexpensive insurance policy,” says Lawrence Romo, a stout 59-year-old former Air Force officer who’s now the agency’s director. Every American man between 18 and 25 still has to register for the draft or face the consequences.

Now women, finally allowed into front-line combat positions this year, may have to join them.

Failure to register is a felony. It can theoretically land you in prison for five years or cost you a $250,000 fine. Selective Service still sends lists of nonregistrants to the Department of Justice in case the government feels like prosecuting anyone. Prosecutions don’t occur during peacetime, Romo assures me, but “severe consequences” still lurk. Men who don’t register before age 26 can’t hold most federal jobs or get federal government student loans. Many immigrants who arrive in the United States before they turn 26 can’t become citizens if they don’t register. A majority of states even make registration a requirement to get a driver’s license. And once you’ve missed the deadline, there’s no going back. (In 2014, 12 percent of men ages 18 to 25 failed to register.)

No agency tracks how many people are cut off from college loans and other federal programs each year, but the potential scope is huge. Last year, just over 58,000 young men asked Selective Service for a “status information letter” that tells them whether they’re registered or if they’re exempt from registering. (The agency doesn’t track its answers.) Such letters are often requested when students are trying to figure out if they’re eligible to apply for federal loans, appeal aid denial, or seek federal government jobs.

Karen McCarthy, a senior policy analyst at the National Association of Student Financial Aid Administrators, calls linking federal loans to the draft a “whim of Congress to incorporate some kind of social agenda into the financial-aid eligibility process.” The federal student aid application, she points out, asks applicants only two specific questions about potential crimes: Did you register for Selective Service, and have you ever had a drug conviction? “We would love to see the Selective Service question removed entirely” from financial aid applications, she says.

But now the pool of registrants may be about to double. The Pentagon opened all of the military’s combat jobs to women in January, and Secretary of Defense Ashton Carter called on Congress to reexamine draft laws. House and Senate lawmakers have done so—and they have apparently decided it’s time for women to sign up for the draft as well. (Romo estimates that expanding his agency to register women will cost another $8 million a year and require 36 more employees.) First two Republicans on the House Armed Services Committee, both opposed to women in combat, pushed an amendment to the 2017 defense spending bill that required women to register, intending it as a “gotcha amendment” to prove that Democrats weren’t serious about allowing women to take combat jobs. The effort backfired when the measure passed their committee. And while the full House removed that language from its defense bill, the Senate this week passed its own version that requires women to start registering with Selective Service beginning in 2018.

The House and Senate now have to come up with a compromise version of the defense bill, and President Barack Obama has threatened to veto it because of a provision that bans closing the prison at Guantanamo Bay. Drafting women doesn’t sit well with opponents of Selective Service, including Rep. Peter DeFazio (D-Ore.), who has repeatedly introduced bills to kill the draft altogether during peacetime. He argues that the current system has “outmoded computers” and “inaccurate lists” and wouldn’t be effective even if needed. “I am not about to revise the Selective Service and say we should now take the other half of young people in America and subject them to the same stupid, unnecessary, mean-spirited, wasteful bureaucracy,” he says of including women.

The United States first conscripted soldiers during the Civil War and did so again for World Wars I and II. All three times, the draft went away when the wars ended. It wasn’t until the Cold War that the draft became a peacetime fixture. It remained in effect until the US military became an all-volunteer force in 1973. Only in 1980 did registration return, and the impetus was geopolitical brinksmanship. “President Carter decided that, given the Russian invasion of Afghanistan, we wanted to show our resolve—and that we would do that by registering,” says Bernard Rostker, then the head of the Selective Service agency and now a senior fellow at the RAND Corporation.

Despite once overseeing the process, Rostker argues that registration has always been pointless. Young men are required to keep Selective Service apprised of address changes, but few do. In 1982, just two years after draft registration had resumed, the US General Accounting Office (now called the Government Accountability Office) found that 20 to 40 percent of the addresses for 20-year-olds were outdated. The GAO pegged the number at 75 percent for 26-year-olds. In the event of an emergency call-up, Rostker says, a huge chunk of records would be useless.

Then there’s the question of whether draftees would even be helpful to the military. “The fact of the matter is we have a high-tech military,” Rostker says. “I don’t see us needing 600,000 untrained people. I don’t have any idea what the hell we would do with them.”