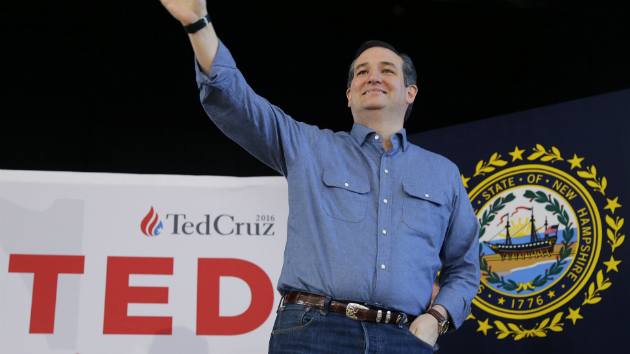 Ted Cruz told a crowd of supporters in Peterborough, New Hampshire, this afternoon that he was dumbstruck during last night’s debate that three of his Republican colleagues—Marco Rubio, Jeb Bush, and Chris Christie—voiced their support for drafting women into the military.

“My reaction was, ‘Are you guys nuts?'” Cruz told the crowd, before launching a tirade against political correctness.

Cruz then spoke about his own daughters and began to sound almost like draft protester from the Vietnam War era.

“I’m the father of two little girls, and I love those little girls with all my heart,” he said. “They are capable of doing anything in their heart’s desire. But the idea that their government would forcibly put them in a foxhole with a 220-pound psychopath trying to kill them doesn’t make any sense at all. It’s yet one more sign of this politically correct world where we forget common sense. We gotta get back to a president who just says, ‘No, that doesn’t make any sense.'”

Cruz’s opposition to the idea of women being drafted into combat roles did not appeal to the entire crowd of about 200 people who attended the rally. About half applauded loudly during those lines, while the others sat with their hands folded, suggesting support for women in combat is strong from certain parts of Cruz’s base, but not all.