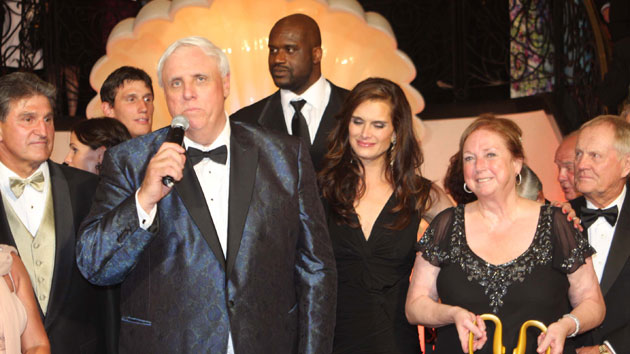 Over the last six years, West Virginia Democrats have seen their grip on state politics slip away in no small part due to their alleged collaboration with President Barack Obama’s “War on Coal.” The solution: put a coal kingpin on the ballot.

On Monday, Jim Justice, owner of Southern Coal Corp., announced he would run for governor as a Democrat in 2016, to replace the retiring incumbent Gov. Earl Ray Tomblin. Justice, the state’s richest citizen with an estimated net worth of $1.6 billion, is a political novice but a state icon. In 2009, he purchased the Greenbrier, a historic mountain resort that had fallen on hard times, and restored it into a first-class resort. During his gubernatorial campaign kickoff event, Justice drew a parallel between his state’s lackluster reputation, and the derelict condition of the White Sulphur Springs retreat. “[Times] were tough at the Greenbrier, too,” he said.

In Justice, Democrats have found a walking counterpoint to the war-on-coal attacks. (The attacks are also largely unfounded—under Tomblin the state has rolled back mine safety regulations.) In contrast to, say, frequent Greenbrier guest Don Blankenship, who as CEO of Massey Energy famously re-designed his property so he wouldn’t have to use his town’s polluted drinking water and is currently awaiting trial on conspiracy to violate mine-safety laws, Justice has always styled himself as a man of the people. A 2011 Washington Post profile began with a surprise sighting of Justice at an Applebee’s near his hometown. The richest man in the state, it turned out, was grabbing a late snack after coaching his hometown’s high school girls basketball team.

But Southern Coal Corp. isn’t without its issues. An NPR investigation last fall found that the company owed nearly $2 million in delinquent fines for federal mine safety violations. (After the report was published, Justice agreed to work out a payment plan.) And he may not have the Democratic field to himself, either; senate minority leader Jeff Kessler (D) filed his pre-candidacy papers in March. No Republicans have thrown their hats into the ring yet.