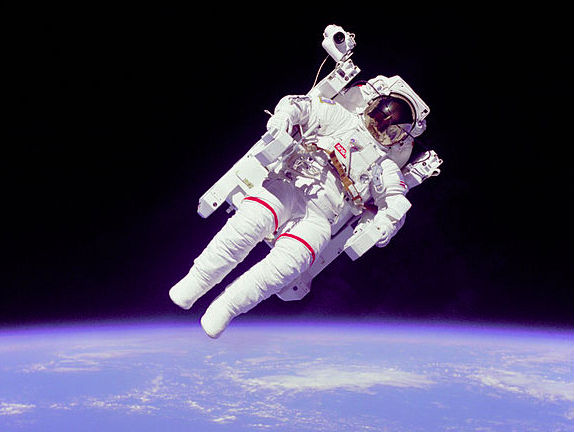 On Monday, President Barack Obama announced that, due to the government shutdown, NASA is going offline almost entirely. However, Obama emphasized that Mission Control will stay open to support the astronauts serving on the International Space Station. Although this isn’t much comfort to the majority of NASA’s 18,000 employees, it’s great news for at least two astronauts: Mike Hopkins and Karen Nyberg, who are currently aboard the ISS.

The ISS orbits somewhere between 230 and 286 miles above the Earth’s surface. A memo drafted by the Office of Management and Budget details how NASA plans to navigate the shutdown, and states that, “to protect the life of the crew as well as the assets themselves, we would continue to support planned operations of the ISS during any funding hiatus… NASA will be closely monitoring the impact of an extended shutdown to determine if crew transportation or cargo resupply services are required to mitigate imminent threats to life and property on the ISS or other areas.” (Weirdly enough, the shutdown began on the same week that Gravity, starring Sandra Bullock and George Clooney, hits theaters. The acclaimed new film is about two American astronauts stranded in space.)

Hopkins is a Missouri-born colonel in the US Air Force who enjoys backpacking and weight-lifting. Nyberg, born in Minnesota, is an mechanical engineer and the 50th woman in space. She is also the first to operate three robotic arms in space, and can also sew toy dinosaurs in space. Here are a couple of the (fortunately not stranded) astronauts’ tweets from the ISS:

Did you know space has a smell? Before ISS hatch to Cygnus was opened, small area between vehicles was at vacuum which left a distinct odor

The shutdown coincides with NASA’s 55th anniversary. Among the many consequences of the shutdown is that the space agency’s Near Earth Object Office will not be allowed to use Twitter to warn America about any potential world-annihilating asteroids headed our way.