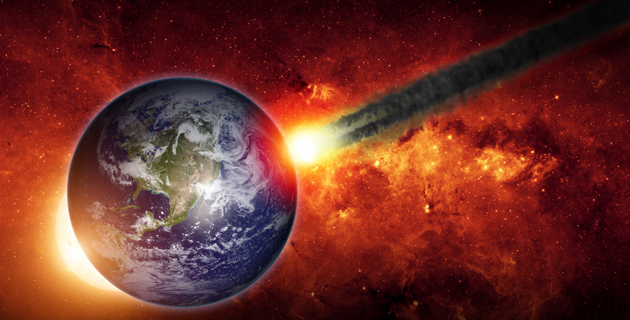 President Obama’s plan to have NASA lasso an asteroid, tow it toward Earth, place it into the moon’s orbit, and claim the space rock for the United States of America has hit a congressional snag. The New York Times reports:

NASA wants to launch an unmanned spacecraft in 2018 that would capture a small asteroid — maybe 7 to 10 yards wide — haul it closer to Earth, then send astronauts up to examine it, in 2021 or beyond.

But the space agency has encountered a stubborn technical problem: Congressional Republicans…[T]he science committee in the Republican-controlled House voted to bar NASA from pursuing that faraway rock. In a straight party vote — 22 Republicans for, 17 Democrats against — the committee laid out a road map for NASA for the next three years that brushed aside the asteroid capture plan, the centerpiece of the Obama administration’s agenda for space exploration. The plan, instead, included new marching orders, telling NASA to send astronauts back to the Moon, set up a base there and then aim for Mars (and to do so with less money than requested).

Not only would the asteroid-lasso initiative have astronauts travel to the space rock to conduct mining operations and test technology for missions to Mars—it would allow NASA to research strategies for deflecting future, potentially world-ending asteroids.

In a way, the Times got scooped on this story. By the Onion. More than two years ago: 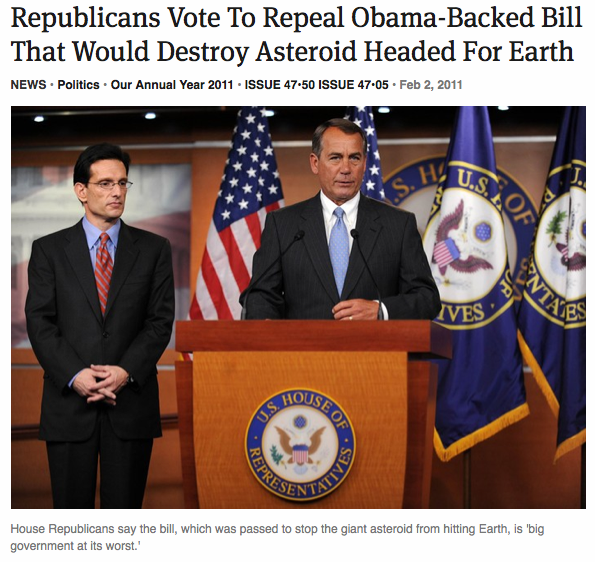 The Onion, one of America’s leading satirical news outlets, has predicted the future before. Al Qaeda squabbling with 9/11 truthers, for instance. Or the Onion‘s piece on George W. Bush ushering in an era of war and economic recession…published in January 2001.