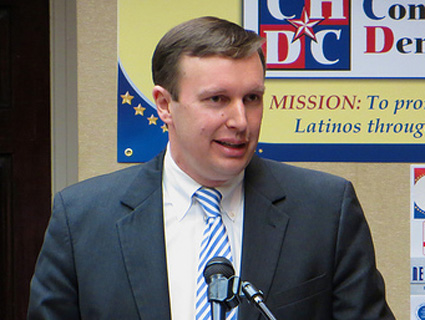 On the last day of her campaign, Linda McMahon got desperate. The former wrestling exec and GOP senate candidate in Connecticut, who has sunk at least $42.6 million into her latest campaign, engaged in a series of misleading tricks that seemed intended to dupe voters into believing she was a Democrat.

Ultimately, it wasn’t enough. The blue lean of Connecticut was too great for even McMahon’s vast fortune to overcome, and Rep. Chris Murphy, a 39-year-old liberal Democrat, will replace retiring Sen. Joe Lieberman (I) in the Senate come January. Between this campaign and her last losing bid, in 2010, McMahon has now spent a cumulative total of nearly $100 million of her own money in pursuit of federal office. That is more than any other American in history.

Republicans who want to take something good out of the McMahon situation might point to the fact that her spending forced the Democratic Senatorial Campaign Committee to spend money supporting Murphy. That money could have otherwise been spent in closer races in less-blue states. But that’s not much comfort compared to the rejoicing progressives will feel after replacing Lieberman with a young, charismatic, liberal.

There’s no Senate election in Connecticut in 2014. So if McMahon wants to spend even more of her money in pursuit of a Senate seat, she’ll have to wait—or move.