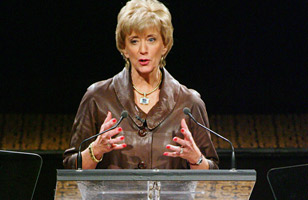 The Republicans were supposed to make the Connecticut Senate race between popular attorney general Richard Blumenthal and former wrestling CEO Linda McMahon competitive. McMahon had the money: She spent $50 million on the race. She picked the right year: It’s a great cycle for Republicans. And she got lucky: Blumenthal ran into trouble over misstatements he made about his military record. But even all that wasn’t enough for McMahon to beat Blumenthal. The race was called just as the polls closed, and Blumenthal will finally get the promotion people have been predicting he’d get for decades.

So what went wrong? Connecticut is one of the few states where lots of voters still like President Barack Obama. Blumenthal ran a cautious campaign, and McMahon’s barrage of ads may have actually turned off some voters. By the end, McMahon’s approval ratings were upside-down. Voters just didn’t like her that much.

One real test of whether this is a Republican wave will be whether Blumenthal’s downballot allies—Dems like Chris Murphy and Jim Himes—hold onto their seats. If they lose, it wasn’t just Linda McMahon who was the problem for the GOP in Connecticut. If they lose, well, ex-Rep. Rob Simmons—who McMahon beat in the primary—will probably be saying “I told you so.”