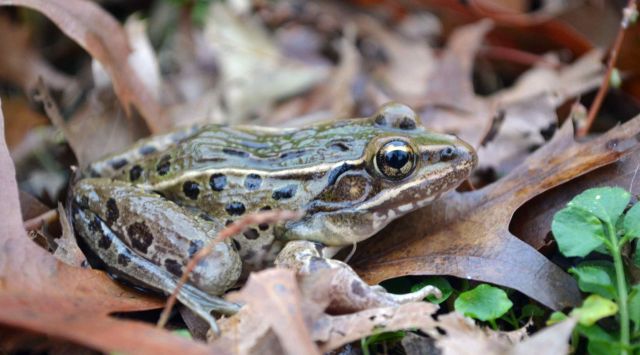 Jeremy Feinberg of Rutgers who made the initial discovery was doing research on the alarming decline of leopard frogs in the wetlands of New York and New Jersey when he noticed Staten Island frogs displaying unusual behaviors and peculiar croaks. Instead of the typical “long snore” or “rapid chuckle,” these frogs had short repetitive croaks. 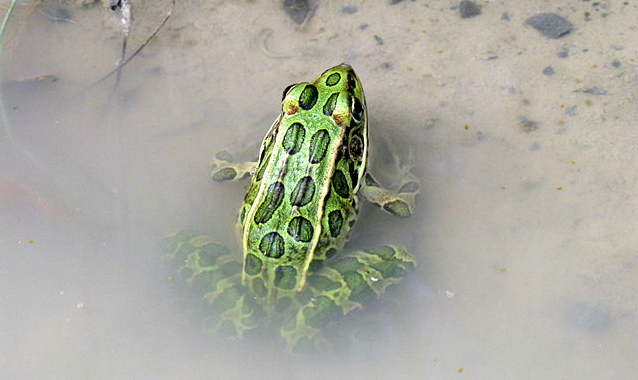 The new species is not a northern leopard frog (Rana pipiens): Balcer via Wikimedia Commons.

“When I first heard these frogs calling, it was so different, I knew something was very off,” says  Feinberg. “It’s what we call a cryptic species: one species hidden within another because we can’t tell them apart by looking.  But thanks to molecular genetics, people are really picking out species more and more that would otherwise be ignored.”

The research published by a team from Rutgers, UCLA, UC Davis, and the U of Alabama in the journal Molecular Phylogenetics and Evolution revealed the “new” species to be neither a northern leopard frog nor a southern leopard frog—nor a hybrid of the two. But a species all its own whose range epicenter was once probably Yankee Stadium, and who now survives on Staten Island and in mainland New York and New Jersey, maybe even as far away as Pennsylvania and Connecticut. From the paper:

While our data support recognition of R. sp. nov. as a novel species, we recommend further study including fine-scaled sampling and ecological, behavioral, call, and morphological analyses before it is formally described. 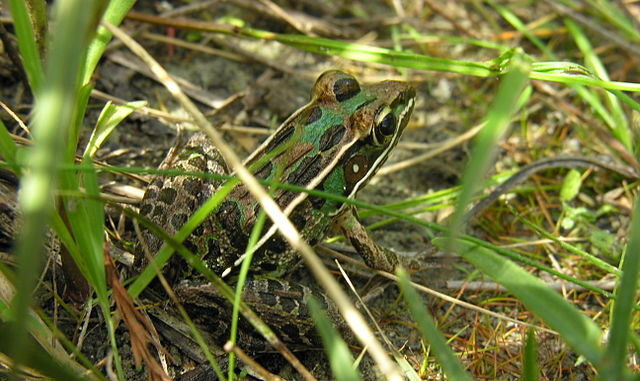 The new species is not a southern leopard frog (Rana sphenocephalus): Coveredinsevindust via Wikimedia Commons.

“It’s very surprising for a new species like this to have been unrecognized in this area until now,” says Feinberg. “Their naturally limited range coupled with recent unexplained disappearances from places like Long Island underscores the importance of this discovery and the value that conservation efforts might have in the long-term survival of this urban species.”