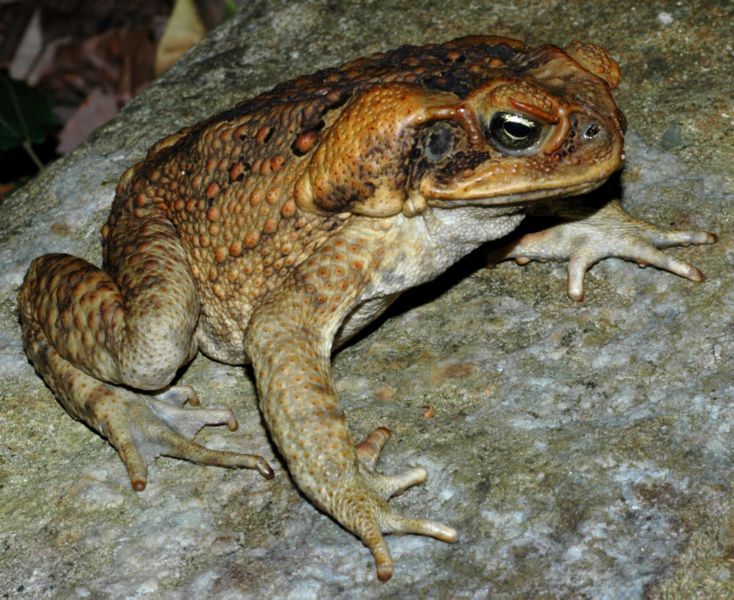 You might think a farm canal would be a better place for a frog than a supermarket drainage ditch. Not so. University of Florida zoologists find that suburban toads suffer fewer reproductive abnormalities than toads living near farms—where many possess both testes and ovaries.

Sure it sounds like good clean bi fun. But double tooling is ultimately a lethal attribute. Here’s why. Normal male toads (toads are a variety of frogs) have thick, strong forelimbs. More of the intersex frogs (found only in ag areas) have thin, weak forearms. Plus intersex frogs have fewer “nuptial pads”—the scrappy skin on the feet used to grip females during mating. The likely end result: fewer tadpoles.

This is the first peer-reviewed study to compare wild toads from heavily farmed areas with those from partially farmed and completely suburban areas. Past studies have suggested a link between farm herbicides and sexual abnormalities in amphibians, whose populations are crashing globally.

The UF study finds that male toads are the most affected. Normally, males are brown and females are mottled with brown stripes. But males from ag areas are mottled and look like females. The more agricultural the site, the more feminized the males’ reproductive organs and the less testosterone they produce.

“What we are finding in Bufo marinus might also occur in other animals, including other amphibian species and humans,” says lead author Krista McCoy. “In fact, reproductive abnormalities are increasing in humans and these increases could partially be due to exposure to pesticides.”

Another reason why organic is less expensive than the alternative.