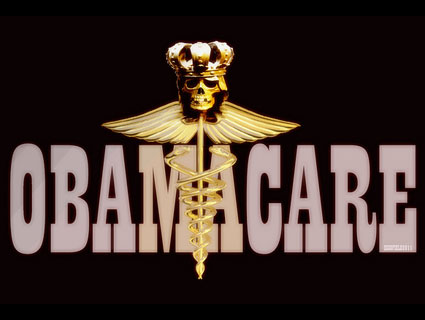 Ohio tea partiers will finally get their big moment at the ballot box on November 8. That’s when Ohioans vote on Issue 3, a referendum spearheaded by tea party groups that would amend the state constitution to ban any law or rule requiring that citizens buy health insurance. The intent is obvious: to rebuke President Obama by blocking the individual mandate—the part of the Affordable Care Act (ACA) that requires Americans to buy health insurance or pay a fine. Issue 3 was also seen as a way to fire up conservative voters in an off-year election when the fate of Gov. John Kasich’s anti-union SB 5 bill is on the line.

But the measure backfired. Not only won’t it block the ACA’s individual mandate, but it’s so vague, legal experts say, that it could have the damaging, unintended effect of undermining key public services and regulations in Ohio, including blocking the state’s ability to collect crucial data on infectious diseases. If passed, it could also spark a wave of costly lawsuits, with taxpayers likely footing the bill. “It’s extremely sloppy and extremely overbroad,” says Jessie Hill, a professor at Case Western Reserve University School of Law. “I hesitate to say whether these potentially extremely troubling consequences were intended or whether the amendment was just misguided.” And if you trust the polls, Issue 3 isn’t even energizing Ohio conservatives.

Issue 3 is the brainchild of the Ohio Liberty Council, a coalition of tea party chapters, 912 groups, and other liberty-loving activists. The Council tried to put Issue 3—which it calls the “Healthcare Freedom Amendment”—on the ballot in November 2010, but fell short in the signature-gathering process. This year, the group redoubled its efforts and managed to gather nearly 427,000 signatures, enough to put the issue before voters. (The Liberty Council did not respond to multiple requests for comment.)

The amendment, endorsed by Ohio Right to Life and Republican state Sen. Bob Peterson, was pitched as a direct response to Obama’s Affordable Care Act. An early pamphlet (PDF) created by the Ohio Project, the grassroots group created to promote the amendment, focuses entirely on defusing “the new federal health care measure passed by Congress.”

But if Issue 3 passes, it won’t affect the Affordable Care Act. Richard Saphire, a professor at the University of Dayton Law School, says passage of Issue 3 might deliver a symbolic rejection of the individual mandate, but legally it would have zero effect, because Article VI of the US Constitution says that federal law trumps state law. “It’s very defective,” he says. “Folks that come out and vote for it, probably most of them are going to think they’re going to accomplish something that they’re not going to accomplish, which is prevent federal law from going into effect.”

Issue 3 supporters now concede this. But they insist the measure will still prevent a Massachusetts-style, state-based individual mandate from becoming law in Ohio and will set the stage for individual Ohioans to challenge the Affordable Care Act in court. Ohioans could say “you are fundamentally restricting our liberty and property here, and there was no due process,” Chris Littleton, a cofounder of the Ohio Liberty Council, said at an Issue 3 debate in late October.

A report (PDF) cowritten by Hill and released by Innovation Ohio, a liberal public policy group that opposes Issue 3, found that the amendment’s overbroad language could undermine a slew of programs that include some form of mandate. The amendment reads, in part:

No federal, state, or local law or rule shall compel, directly or indirectly, any person, employer, or health care provider to participate in a health care system.

Although the amendment would exempt laws in place before 2010, any new reforms to, say, workers’ compensation, which requires employers to buy insurance in case of workplace injuries, would violate the measure. State law also requires that public schools pay to immunize students whose families can’t afford it; reforms of that program would be blocked under Issue 3 because the immunization requirement is a type of mandate, according to the Innovation Ohio report. The amendment, the report noted, would likely render unconstitutional a key reporting element in a state law to regulate so-called pill mills, because it compels “participation” in a “health care system.” And Issue 3 would handcuff the state’s ability to gather data on infectious diseases including HIV and influenza for the same reason.

Hill and Saphire both say Issue 3’s passage would likely set off a wave of litigation aimed at discovering the true meaning and reach of the amendment. And it would be Ohioans, Hill says, footing the bill for those lawsuits.

Issue 3 isn’t getting much love from Ohio opinion makers, liberal or conservative. Despite its opposition to the “deeply flawed” Affordable Care Act, the conservative editorial board of the Columbus Dispatch, the state’s largest newspaper, urged a “no” vote on the measure. Arguing that state constitutions should not be subject to “short-term political gamesmanship,” the Dispatch wrote that “trying to counter the federal law with an ineffective amendment to the Ohio Constitution is a bad idea. This is not where that battle should be fought.” Every major newspaper editorial board in Ohio that’s taken a position on Issue 3 has opposed it.

If recent polls are any judge, Issue 3 hasn’t done much to mobilize conservative voters, either. An October 28 survey by the University of Akron Bliss Institute of Applied Politics found that 34 percent of respondents favor Issue 3 and 18 percent oppose it. The remaining 48 percent remained undecided less than two weeks before the vote. More importantly, the Akron survey found much more enthusiasm around Issue 2—which polls suggest will be defeated, repealing Kasich’s SB 5 bill—than around Issue 3, which polls suggest will pass.

If Issue 3 becomes law, it wouldn’t be the first time voters approved an amendment to a state constitution that didn’t serve its intended purpose, Saphire says. After the US Supreme Court’s 1954 Brown v. Board of Education ruling declared racial segregation in public schools unconstitutional, a handful of states passed symbolic amendments expressing opposition to the Brown decision. The Supreme Court is expected to decide the fate of the ACA’s individual mandate in its upcoming term. If the high court decides to uphold the law, Ohio tea partiers—Issue 3 or no—will have to buy health insurance or pay a fine.