This post courtesy BBC Earth and the Deadly 60 Team. For more wildlife news, find BBC Earth on Facebook and Posterous.

Travelling to the frozen north, Steve and his Deadly 60 team met an animal whose ability to survive in sub-zero temperatures has made the creature one of many Norwegian success stories. But how close could they really get to this hardened predator?

Well, sorry, you can’t. No matter what the Twilight movie says!

Wild wolves are extremely hard to get close to, and it’s not sensible to try. They are top predators, the largest of the wild dog family living in complex social groups and in remote inhospitable places. They are incredibly hard to see and track in the wild, travelling over long distances and running at speeds of over 30 mph in pursuit of prey. They are ferocious hunters tackling prey many times their own size like elk, bison, and musk ox. Wild wolves are not to be messed with. 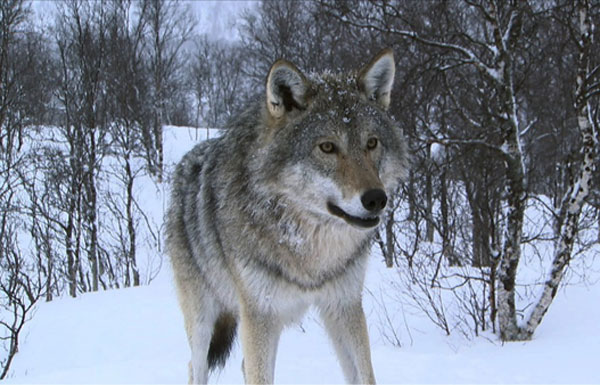 But on Deadly 60 Steve wanted a close encounter with this apex predator. So we found a place where a “socialised” group of grey wolves were kept. This doesn’t mean the wolves are tame, but they are accustomed to humans. The team travelled to the most northern animal park in the world, a place called Polar Zoo. Located in the Salangsdalen Valley, Norway, the park is home to the Salangen wolf pack which is the first wolf pack in Norway that is socialized to people. In order to stay safe the team enlisted the help of expert Tess Erngren, a dog psychologist who has interacted with this pack since they were young. 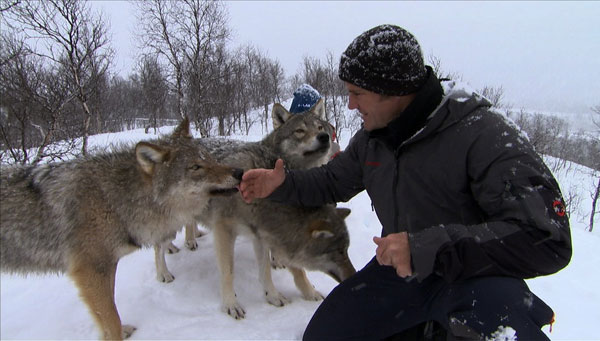 So how do you behave around a (socialised) wolf pack?

For more great tips and moving moments, check out the Deadly Diaries, direct from Steve and the Deadly 60 Team.