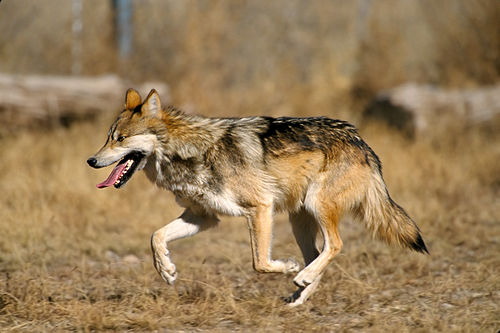 The New Mexico State Game Commission voted yesterday to end cooperation with the US Fish and Wildlife Service in its effort to reintroduce the Mexican gray wolf, according to a statement from the Center for Biological Diversity.  The decision might mark a major victory for ranchers and other groups who have strongly opposed the reintroduction program, but wolf proponents argue that the move will damage efforts to facilitate co-existence between wolves and people.

In 1998, 11 captive-bred wolves were released by USFWS on federal land in New Mexico near the Arizona border, in the hope that they would help stabalize an imbalanced ecosystem and revitalize an endangered species. Similar reintroductions had been shown to work elsewhere, but in New Mexico the wolves have fared poorly and, with so many ranches nearby, wolves became a menace to livestock. The battle has raged ever since.

A June 6 letter from wolf advocates to New Mexico Governor Susana Martinez countered that ranchers’ concerns were overblown and warned that the endangered wolf could face extinction without the continued support of the New Mexico Game and Fish Department.

“The New Mexico Department of Game and Fish should be encouraged to continue its successful efforts, which are all the more needed and will be especially challenging during the current drought that makes livestock more vulnerable…. Your leadership can help ensure the survival and recovery of the Mexican gray wolf,” the letter, signed by representatives of CBD, The Sierra Club’s Rio Grande Chapter, the New Mexico Audobon Council, and others, said.

Still, Ed Wehrheim of Americans for Preservation of Western Environment—an anti-wolf activist group composed mostly of ranchers who say wolves hurt their bottom line—lauds the decision as a victory for his cause and said it reflects the will of most New Mexican ranchers.

“We’re very happy that they did that,” he said. “We don’t think much of the wolf program down here.” Wehrheim added, however, that the victory is mostly “psychological” and that he wasn’t sure what the practical outcome will be exactly.