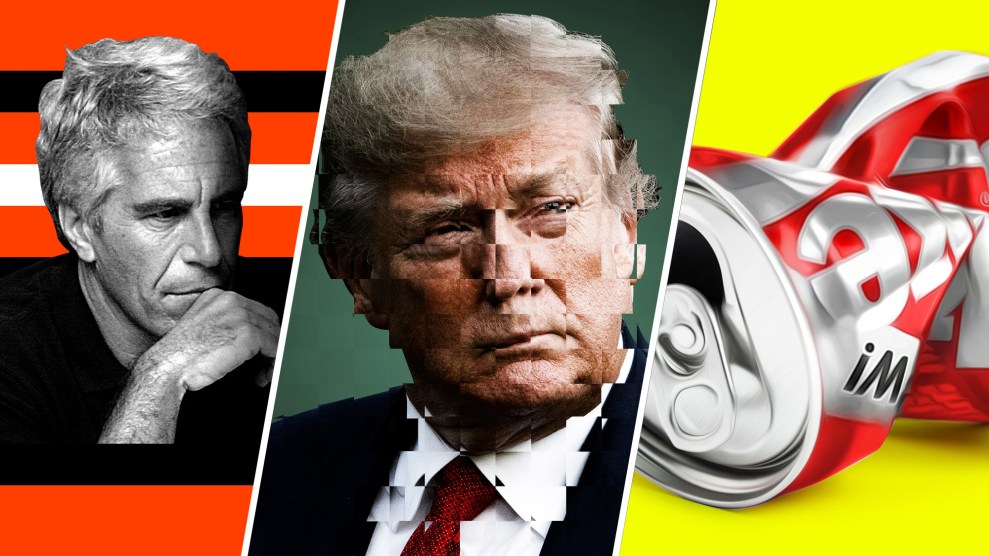 Lately it seems like the news cycle is all impeachment all the time, but other news happened in 2019, and Mother Jones broke some of it. This list of our 10 most-read stories of the year is a pretty good sample of what we’ve been up to—digging through presidential sleaze, exposing abuse and corruption, and overthinking beverages. And as a bonus, we’ve also pulled the numbers on our top stories of the 2010s—so read on.

2. (tie) Inside the US Marshals’ Secretive, Deadly Detention Empire: Seth Wessler exposed the little-known pretrial detention system that holds more than 240,000 people in 1,100 jails every year, with little oversight or accountability. And it’s getting even bigger under the Trump administration.

2. (tie) Donald Trump Has Never Explained a Mysterious $50 Million Loan. Is It Evidence of Tax Fraud?: Trump doesn’t hide his disdain for paying taxes. But this investigation by Russ Choma found information suggesting that he’s been concealing a tax avoidance scheme.

3. Prosecutors Just Rested Their Case Over Roger Stone’s Lies: “Truth Matters”: As his trial wound down, notorious dirty trickster and Trump buddy Roger Stone tried to shrug off charges of perjury and obstruction of justice. The feds weren’t having any of it. (In November, he was found guilty on all counts.)

4. New Coke Didn’t Fail. It Was Murdered.: As Stranger Things cracked open a can of 80s nostalgia, we took the fizz out of a persistent pop culture myth.

5. Jeffrey Epstein, My Very, Very Sick Pal: A bizarre, unsettling interview with scientist Stuart Piven about “my best pal for decades,” who had recently died by suicide.

7. Donald Trump Has a Cash Problem: No one wants the Trump name on their businesses anymore, and that’s hurting his family’s bottom line.

8. Stop Sharing Those Viral Photos of the Amazon Burning: This summer, well-meaning people tried to spark awareness of massive fires in the Amazon—by spreading the wrong photos.

9. How the Media Boosts Ivanka Trump’s Stealth Damage-Control Campaign: Ivanka Trump wants to look like the least-awful member of her dad’s administration—and the press keeps playing along.

10. “Mom, When They Look at Me, They See Dollar Signs”: Julia Lurie’s longread takes you into the world of “patient brokers,” “the Florida shuffle,” and “the Rehab Riviera”—the predatory rehab programs that hook recovering opioid users in an expensive, sometimes deadly, cycle.

While we love it when people spend time reading our articles, we also love it when our stuff gets shared. (Not that you ever share stories without actually reading them, right?) This was Mother Jones’ most-shared story in 2019:

The most-read stories of the 2010s

Based on an analysis of nearly 10 years of clicks, eyeballs, and uniques, here’s the short list of our most-read stories of the decade that was:

1. What If Everything You Knew About Disciplining Kids Was Wrong?: It was a squeaker, but this 2015 story by Katharine Reynolds Lewis took the top spot by diving into the outdated, ineffective ways many parents and teachers try to get kids to behave.

3. Lay Off the Almond Milk, You Ignorant Hipsters: In 2014, Tom Philpott laid it all out: “the almond-milk industry is selling you a jug of filtered water clouded by a handful of ground almonds.” (Just don’t ask what’s in our office fridge.)

I’d like you to do us a favor, though. If you read and liked these stories when they first came or if you’re just discovering them now, consider supporting Mother Jones so we can keep doing this kind of journalism in 2020 and beyond. Thanks!