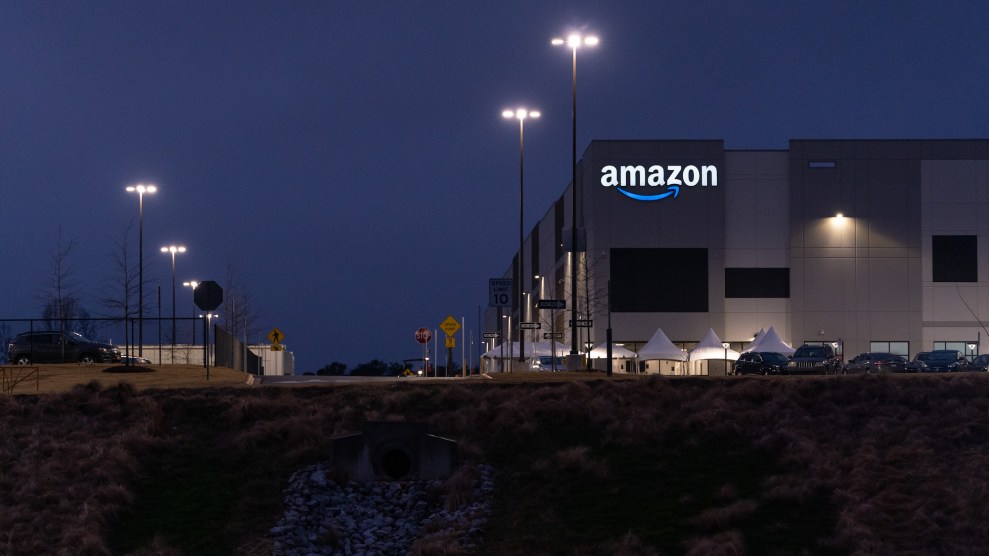 The decision by workers at the Amazon warehouse in Bessemer, Alabama, not to unionize comes as a defeat for organized labor—but not a surprise. We’ve been here before.

Of the more than 2,500 ballots counted by the National Labor Relations Board in the first major union election in Amazon’s history, 70 percent were cast by workers who voted not to join the Retail, Wholesale, and Department Store Union. Amazon’s victory is the latest in a long line of defeats for unions in the South.

In 2017, the United Auto Workers lost its effort to organize a Nissan plant in Canton, Mississippi. Like in Bessemer, the workers at that plant were overwhelmingly Black, and union supporters framed the election as part of the broader struggle for civil rights.

In 2019, the UAW lost again at a Volkswagen plant in Chattanooga, following an anti-union campaign by the company. Five years before, the union had been defeated at the same factory, despite Volkswagen’s unusual move to remain neutral the first time around.

Unions have fared better in smaller elections in the Deep South. Mississippi Public Broadcasting reported that workers have backed unionization in 70 percent of elections in Alabama, Louisiana, and Mississippi since 2012—but generally at workplaces with fewer than 100 employees.

During the lead-up to the Nissan election in Mississippi, civil rights veteran Frank Figgers told the Guardian, “I’ve never seen a labor campaign of this size.” Bessemer ended up being far bigger. Following endorsements from celebrities, athletes, and progressive politicians, President Joe Biden took the rare step of effectively backing the unionization effort in late February. By late March, the union battle had been featured in more than 53,000 articles to unionization. It still wasn’t enough.

Stringing together these defeats is the reality that companies like Amazon and Volkswagen are providing jobs with benefits in economically depressed areas. Compared to unionized shops, the pay and working conditions may not be particularly good. But Amazon’s $15.30 starting wage in Bessemer is still higher than the local averages in areas like retail and food service.

At the start of the election, Bloomberg interviewed Eric Jones, a 51-year-old who’d started at Amazon in August after working as a cook. His pay had gone up by $2 an hour, but, perhaps more important, he no longer had to pay to see a doctor and had more flexible hours. He commuted two hours each way to get to the warehouse.

On top of those economic realities, Amazon fought unionization at every turn. It forced employees to attend anti-union meetings on company time, hired union-busting consultants, sent out barrages of texts urging workers to vote no, and launched a website called doitwithoutdues.com.

Some of its tactics may prove to have been illegal, but much of it was allowed under the United States’ employer-friendly labor law. For union advocates, the loss is yet another reason for Congress to pass the Protecting the Right to Organize Act, a sweeping set of labor reforms that would ban things like the meetings Amazon forced employees to attend. But the bill stands little chance of becoming law as long as the Senate filibuster remains in place.

The defeats in recent years in the South are hardly new, either. After World War II, the Congress of Industrial Organizations launched Operation Dixie, its drive to organize workers in the region. In 1988, Barbara Griffith documented the failure of that effort in The Crisis of American Labor: Operation Dixie and the Defeat of the CIO.

Griffith wrote that without “a clear demonstration of the advantages of union membership—one that did not exist in the South—workers proved reluctant to risk the present for the unknown benefits of an uncertain future.” Nearly eight decades later, it’s a challenge that organizers are still trying to overcome.