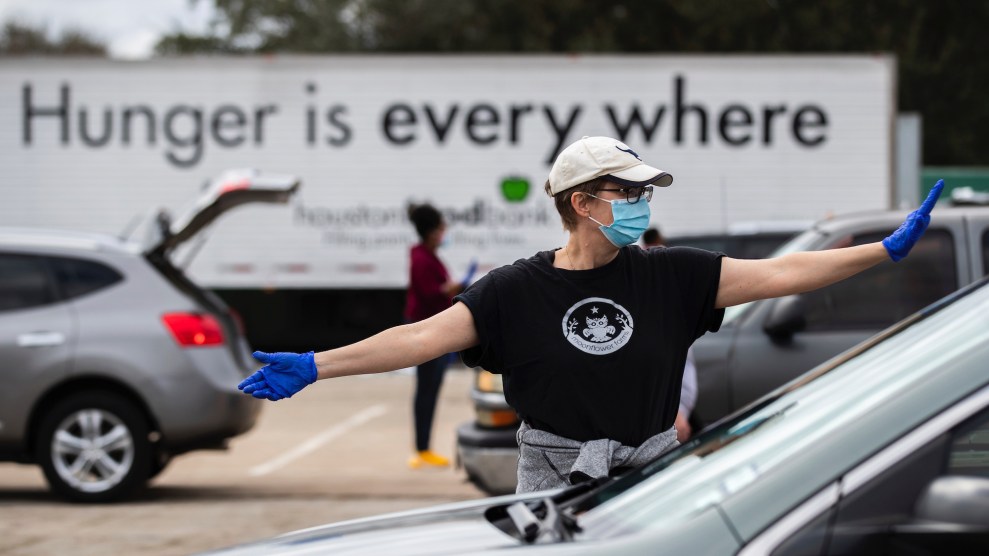 In the wake of a devastating winter storm that has left nearly 70 Texans dead and millions without access to clean water, former Democratic congressman Beto O’Rourke has hosted phone banks to make 784,000 wellness calls to Texas seniors, organized door-to-door neighborhood check-ins for those who can’t be reached, and raised $1 million to provide food, shelter, and water to Texans in need. His Twitter timeline is a laundry list of resources for Texans who are still reeling from the storm’s impact.

More than two years have passed since O’Rourke vacated his House seat in to challenge Republican Sen. Ted Cruz, who defeated O’Rourke in the 2018 midterms in the closest U.S. Senate race Texas had seen in four decades. But O’Rourke and other Texas Democrats have been mobilizing their political resources on behalf of struggling Texans, also looking to draw a sharp contrast to GOP rivals.

Cruz faced withering criticism for traveling to Cancun with his family on Wednesday as storms ravaged the state and crippled infrastructure, despite some political posturing from him on Twitter and a subsequent video apology for his ill-advised family vacation. Photos of Cruz loading a case of plastic water bottles into his car (caption “#TexasStrong”) were roundly mocked on social media.

Other Texas Democrats have followed O’Rourke’s lead. Jessica Cisneros, a South Texas immigration attorney who waged a progressive primary challenge against Rep. Henry Cuellar (D-Tex.) last year, has been trying to connect her hometown of Laredo with aid. Julian Castro, a former HUD secretary and short-lived Democratic candidate for president in 2016, lent the email list from shis PAC, People First Future, to raise more than $350,000 for Feeding Texas, a state-based hunger-relief charity.

Democrats have increasingly eyed the Lone Star State as ripe for political gains. After O’Rourke’s strong showing statewide against Cruz in 2018, election analysts declared Texas a swing state for the first time in decades, and Joe Biden spent more money campaigning in the state than any other Democratic presidential candidate in recent history. Though Texas has seen a handful of House seats flip from red to blue over the last few election cycles, most Democratic challenges have failed. But in the process, Texas Democrats have built enviable email lists and strong organizing networks.

Texas Democrats who do hold office have joined in the post-storm efforts, too. Houston-based Reps. Sylvia Garcia, Al Green, and Sheila Jackson Lee joined Rep. Alexandria Ocasio-Cortez (D-N.Y.) to volunteer at a local food bank on Saturday. In addition to coming to the state, Ocasio-Cortez has raised more than $4 million for Texas relief efforts over the past week.

Beyond the humanitarian mission for Texas Democrats, their political one appears to have been made that much easier by Cruz and his self-inflicted messaging mess. After the Republican senator criticized the sky-high electricity bills that power companies charged Texans in the aftermath of the storms, Cisneros asked what Cruz was prepared to do about it. “What legislators are you personally calling to lobby on this?” she tweeted. “What is your call to action? What are you doing with your influence and power besides running to Cancun?”