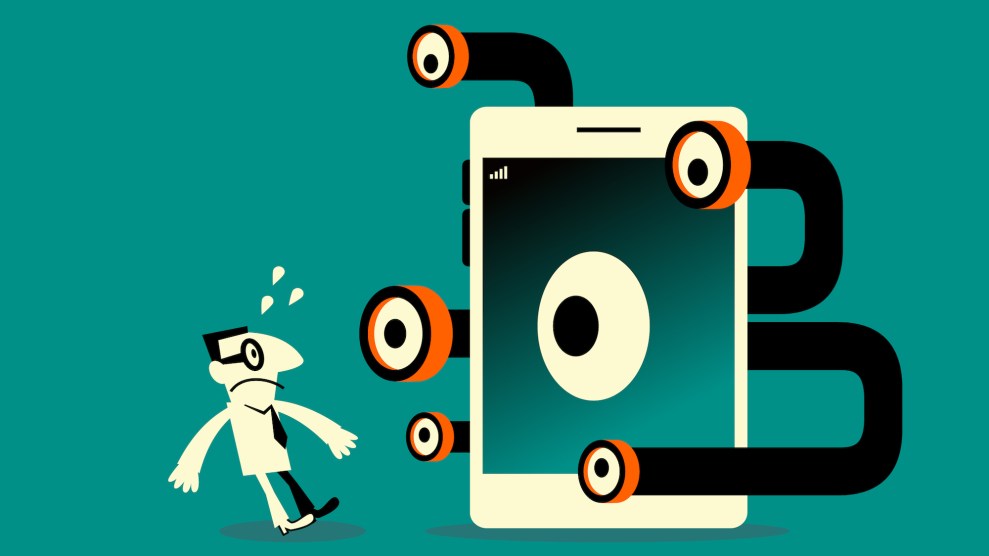 “Our privacy laws are decades out of date,” the letter from the group says. “We urgently need a new approach to privacy protection.” The 16 organizations behind the push—which include the Center for Digital Democracy, the Electronic Privacy Information Center, Color of Change, and the Media Alliance—also called for federal legislation that would set a “baseline” for what consumers can expect for how tech companies must handle their data.

But the focus of the push is to create a new agency and remove that responsibility from the Federal Trade Commission. The FTC “is not a data protection agency. The FTC lacks rulemaking authority,” the coalition’s proposal reads. “The agency has failed to enforce the orders it has established.”

Sen. Richard Blumenthal (D-Conn.) told Mother Jones in an email statement that the coalition’s framework “provides valuable ideas to end the cycle of data misuse and exposure” and that “Congress must act now to establish enforceable limits to stop the secretive and unaccountable exploitation of private information.” He also added that he would try to take these principles into account as he introduced bipartisan privacy legislation later this year. Sen. Ed Markey (D-Mass.) also praised the coalition’s policy proposal, saying that the “tsunami of privacy violations by Facebook and other online companies is drowning Americans, and we need legislation that makes consent the law of the land.”

Others in Congress like Sen. Marco Rubio (R-Fla.) have reignited the privacy debate by rolling out a new bill of his own, which would override state data protection rules (like California’s strong privacy laws) and create one federal law, arguing that a patchwork of state laws is not an effective means of dealing with the issue and is too burdensome for new and small players in the industry.

Sen. Roger Wicker (R-Miss.), chair of the Senate Commerce Committee, said last year during a Meridian Global Leadership Summit panel that he thought there was a “bipartisan consensus” for a national privacy standard that supersedes state law.

However, Rep. Ro Khanna (D-Calif.) told Politico last week that Congress shouldn’t “dilute” California’s rules, which he argued should instead be the “floor” for a national framework, not a ceiling. And the coalition of consumer groups said that they want states to be allowed to pursue more aggressive policies than the federal floor, arguing that they are better adept for “innovating protections to keep up with rapidly changing technology.”