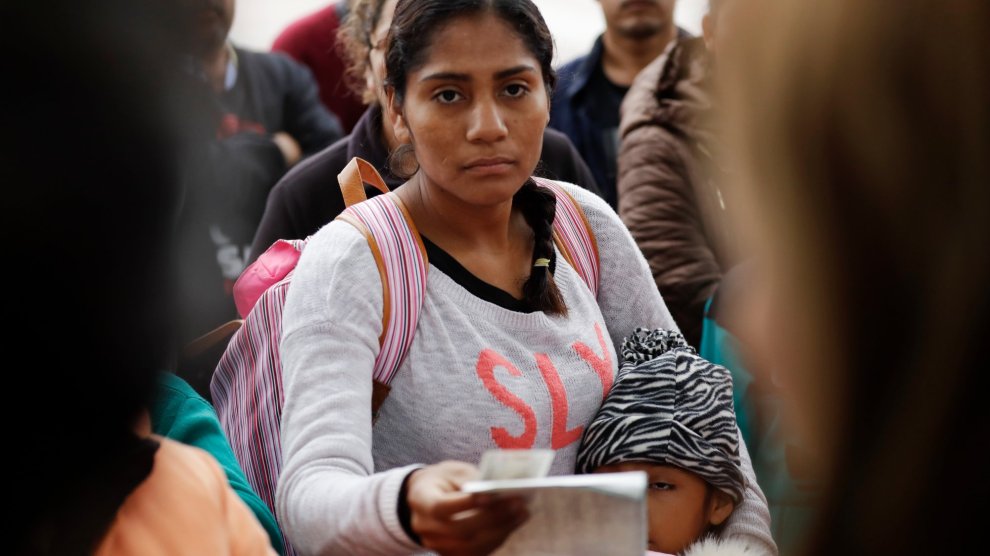 A woman in Tijuana, Mexico, hands over her documents as her number is called to cross the border and request asylum in the United States.Gregory Bull/AP

In a blow to the Trump administration’s efforts to restrict asylum, a federal judge Wednesday struck down new polices that have made it more difficult for people fleeing domestic violence and gangs to seek refuge in the United States.

In the ruling, US District Judge Emmet Sullivan found that the policies violated federal immigration law and ordered the government to return to the United States some asylum seekers who were illegally deported because of the rules.

The policies, first announced this summer, came after former Attorney General Jeff Sessions issued a decision saying that victims of domestic and gang violence generally wouldn’t qualify for asylum. In response, US Citizenship and Immigration Services told asylum officers that people escaping these types of violence usually wouldn’t even pass the “credible fear” screening that allows them to make their case in front of a judge. The decision was potentially devastating for tens of thousands of Central American asylum seekers fleeing violence in the region. As my colleague Noah Lanard has reported, immigration lawyers began seeing “overwhelming” numbers of credible-fear denials in the weeks after the new rules went into effect.

The ruling came after a group of asylum seekers sued the Justice Department over the new policies. On Wednesday, Sullivan blocked the government from enforcing those rules in the future, finding that “there is no legal basis for an effective categorical ban on domestic violence and gang-related claims.”