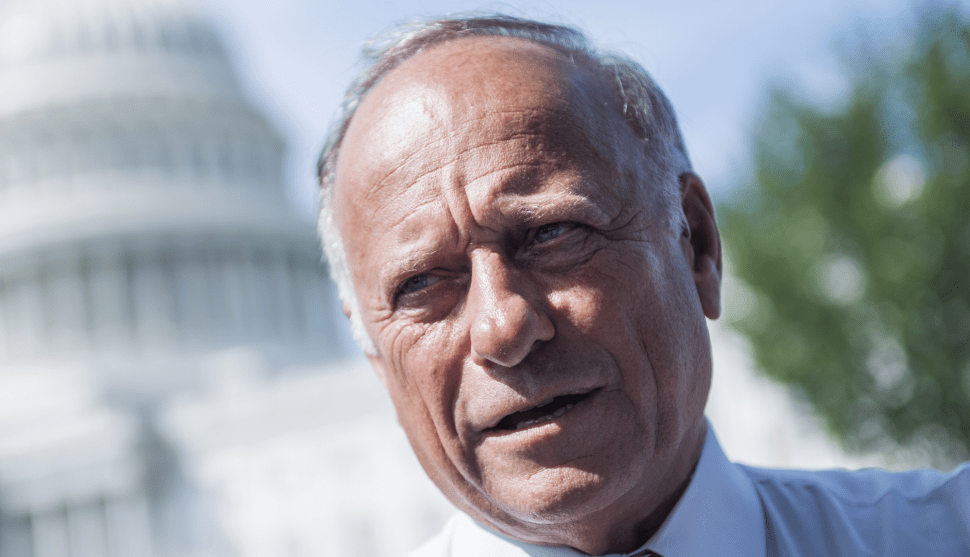 Less than a week after failing to disavow white nationalism during a very public meltdown, embattled Rep. Steve King (R-Iowa) on Monday concluded his reelection bid with multiple inflammatory and anti-gay remarks.

“They sent money over to support a candidate in a primary in California who had a same-sex partner that they put all over glossy mailers,” King said during an event. “I don’t know if they’re holding hands or what was the deal.”

He continued, “Man, that’s hard to write a check to those guys when they do that.” He suggested that true conservative leadership could not support gay candidates. It wasn’t clear which California candidate King was referring to on Monday.

Separately, King reportedly told supporters that he hoped to see Supreme Court Justices Elena Kagan and Sonia Sotomayor, the two liberal justices appointed by former President Barack Obama, go “elope to Cuba.” According to the Washington Post, King had been discussing the chances of conservatives creating a “7-2 court” in their favor after the midterms when he made the references to Kagan and Sotomayor.

The remarks on Monday close out what has been a surprisingly close race for King against his Democratic opponent, J.D. Scholten, after it was revealed last month that King had recently met with an Austrian political party with connections to Nazism. The meeting sparked intense focus on King’s long history of racist and xenophobic remarks, including his 2017 assertion that “we can’t restore civilization with other people’s babies.”