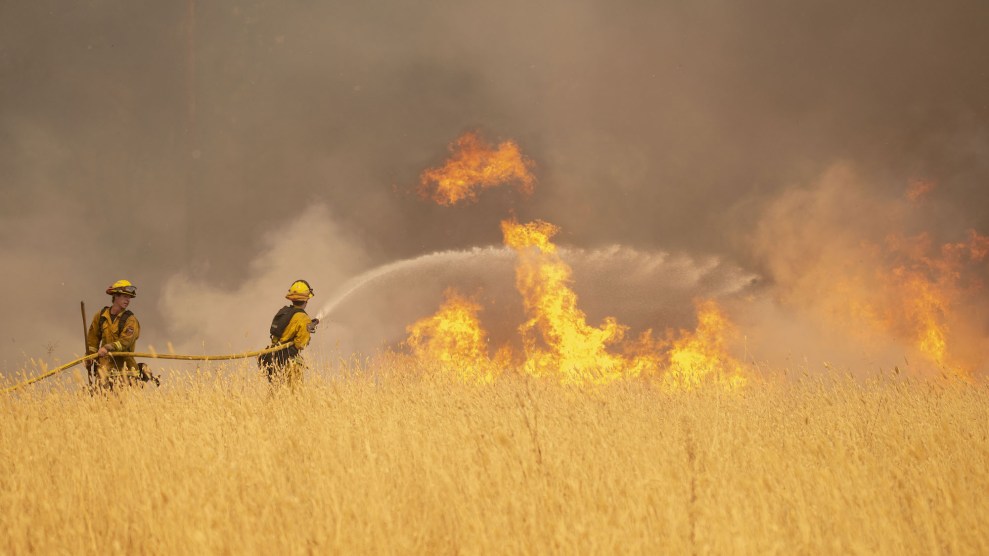 Days after California firefighters accused Verizon of slowing down crucial data while they were battling a giant blaze, 13 members of Congress have called on the Federal Trade Commission to investigate the alleged throttling.

In July, the Santa Clara County Fire Department was battling the Mendocino Complex Fire, the largest in the state’s history, when one of its emergency response vehicles experienced sluggish internet access. Emails filed in federal court this week showed that a Verizon representative confirmed the reduced data speeds but would not lift the throttle, ultimately forcing the fire department to purchase a new data plan at more than twice the cost of the one they’d been using. Verizon attributed its refusal to lift the throttle to a customer service mistake rather than a net neutrality issue, but a Santa Clara County lawyer sharply refuted that claim.

Reps. Anna Eshoo, Nancy Pelosi, and 11 other California House Democrats noted their a letter to the FTC that the Federal Communications Commission’s recent repeal of net neutrality rules essentially forced them to come to the FTC instead. “The FCC has abdicated its jurisdiction over broadband communications and walked away from protecting consumers, including public safety agencies,” the representatives wrote. They asked the FTC to determine if the data throttling was “unfair or deceptive” under Section 5 of the Federal Trade Commission Act.

“It is unacceptable for communications providers to deceive their customers,” they continued. “But when the consumer in question is a government entity tasked with fire and emergency services, we can’t afford to wait a moment longer.”