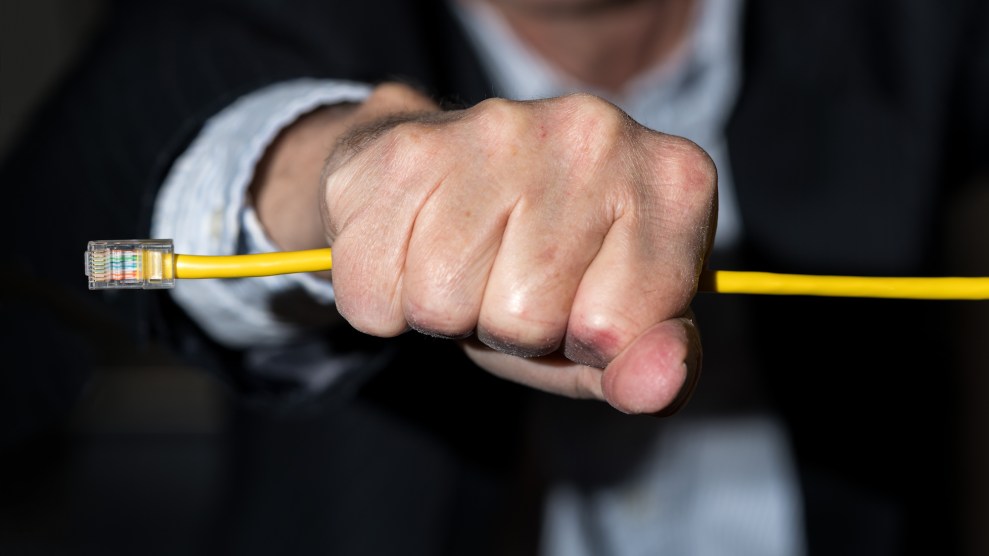 After a drawn-out battle between internet advocates and Trump’s Federal Communications Commission, today marks the official end of net neutrality. Led by current Chairman Ajit Pai, the FCC voted 3-2 in December to repeal the Obama-era open internet rules. The decision went into effect on Monday.

Advocates have warned that the repeal of the 2015 regulation, which barred internet service providers from creating slow and fast lanes for preferred content, would open the door for ISPs to start charging more for preferred content (paid prioritization), slowing certain content (throttling), and fully blocking content. Advocates often point to the situation in Portugal, where striking net neutrality led to tiered-internet packages that charged more for services like Netflix and Spotify.

In Portugal, with no net neutrality, internet providers are starting to split the net into packages. pic.twitter.com/TlLYGezmv6

While it’s unclear what the repeal will look like for consumers in the US, advocacy group Free Press has cited numerous examples of behaviors predating net neutrality laws in advocating against the repeal. For instance, between 2011 and 2013, AT&T,  Sprint, and Verizon blocked Google Wallet from users’ phones in favor of a similar app the cell phone providers were funding.

That repeal doesn’t mean, however, the fight for net neutrality is over. Mother Jones reported in May that the Senate voted 52-47 to overturn the repeal.  But the vote has stalled in the House. Last Thursday, Senate Democrats wrote a letter to House Speaker Paul Ryan (R-Wis.) urging him to force a vote on the repeal.

But the fight isn’t over. To #SaveTheInternet, @SpeakerRyan must schedule a vote on the measure to overturn the @FCC’s #NetNeutrality repeal. Today I joined @SenateDems in demanding that he do so. pic.twitter.com/SrGxqKgnec

The repeal of #NetNeutrality officially goes into effect today, but the fight is far from over.

The people saying we can’t pass the resolution to #SaveTheInternet in the House are the same people who were saying we couldn't do it in the Senate.

The fight has also started playing out at the state level.  Three states, including Washington and Oregon, have enacted legislation to enforce net neutrality, and governors in six states, including Montana and New York, have signed executive orders to enforce net neutrality. As of May, legislators in 29 states had introduced bills to ensure net neutrality, according to the National Conference of State Legislatures. In its repeal, the FCC asserted that it alone has the authority to write these types of regulations and that states cannot pass laws inconsistent with federal net neutrality rules, something that could lead to a legal battle down the road. 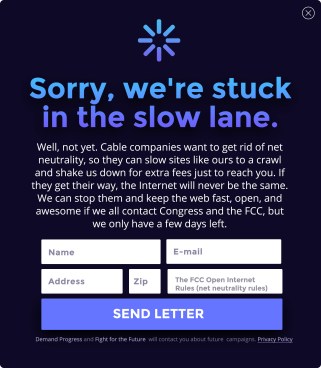 A coalition of nonprofits and tech companies, including the American Civil Liberties Union, National Hispanic Media Coalition, Electronic Frontier Foundation, Netflix, and Reddit have called for an “internet-wide day of action to save Net Neutrality” on July 12. The group is asking websites to display a “red alert” image that will show what the site would look like without net neutrality. It is also asking users to harness their social media accounts to raise awareness and contact House lawmakers to ask them to overrule the FCC.