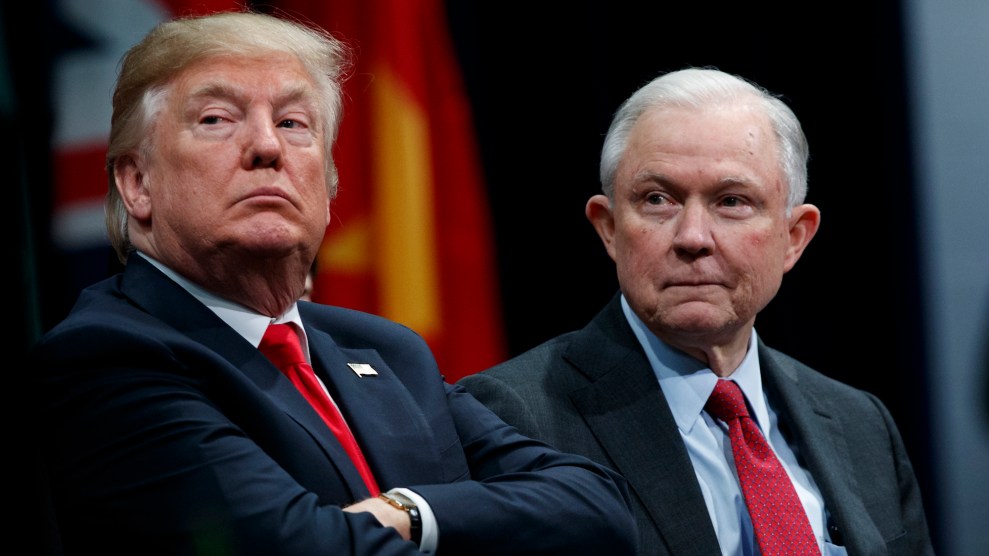 A bipartisan group of representatives in Congress voted on Wednesday to block part of the Trump administration’s latest attack on migrants entering the country as asylum-seekers. Last month, Attorney General Jeff Sessions used his control over America’s immigration court system to rule that people fleeing domestic and gang violence will rarely be eligible for asylum. On Wednesday afternoon, the House appropriations committee voted across party lines to block the Department of Homeland Security from using any funds to implement Sessions’ decision, which is known as “Matter of A-B-.”

The amendment passed by the appropriations committee on Wednesday appears unlikely to become law, and would only apply to DHS, not the immigration courts that are part of Sessions’ Justice Department. But it is still a rare case of Republicans opposing the Trump administration’s attacks on migrants.

“It’s a rebuke from the Congress to the attorney general for his interpretation set forth in Matter of A-B-,” says Gregory Chen, the director of government relations for the American Immigration Lawyers Association,  a group that represents more than 15,000 attorneys and law professors. “And that is a significant step to recognize, even if it’s just at the committee level.”

Rep. David Price (D-N.C.), who introduced the amendment, said on Wednesday that there was “no doubt” that Sessions’ decision “diminishes the already limited likelihood” that people fleeing gang and domestic violence will receive protection in the United States. “We’re not going to let this draconian directive stand,” he said.

Rep. Kevin Yoder (R-Kansas) joined Rep. David Price in supporting the measure. “As the son of a social worker, I have great compassion for those victims of domestic violence anywhere,” he said, “especially as it concerns those nations that turn a blind eye to the crimes of domestic violence.” Yoder cited his vote for the Violence Against Women Act as one of the reasons why he was backing the measure. (In 2013, Sessions was one of 22 Republican senators who voted against reauthorizing that law.)

The last time President Donald Trump wrote the world “asylum” on Twitter was nearly five years ago. He was tweeting about Edward Snowden fleeing to Russia, not US immigration policy. Amidst Trump’s incessant calls to “build the wall” and MS-13 fear mongering, it can easy to lose sight of the fact that his administration is working to systematically undermine longstanding protections for asylum-seekers.

Earlier this month, US Citizenship and Immigration Services, a DHS agency, told its asylum officers that Sessions’ decision meant that people fleeing domestic and gang violence would, in most instances, no longer qualify for asylum or and that those migrants could not establish the “credible fear” that prevents them from being quickly deported. Mother Jones reported on Thursday that:

Government data on the impact of the change is not yet available, but interviews with lawyers across the country suggest that the new standards are leading to more asylum-seekers’ cases being rejected during the credible fear interviews that determine whether someone can move forward with an asylum claim. Carlos García, a South Texas immigration lawyer who has been working with separated parents at Port Isabel, has seen an “overwhelming” number of credible fear denials since Sessions’ decision, known as Matter of A-B-. “It’s devastating,” García says.

Price made clear on Wednesday that Matter of A-B- is part of broader attack on asylum seekers. “It’s just one of the many heartless steps the Trump administration has taken to abandon our country’s promise to be a source of refuge for those escaping persecution and oppression,” he said.

Rep. John Carter (R-Texas) spoke briefly to oppose the measure. But no members could be heard saying “nay” when the amendment was put to a voice vote. Chen was a bit surprised. “We did not expect that there would be agreement on this amendment in the way it passed without significant objection,” he says.