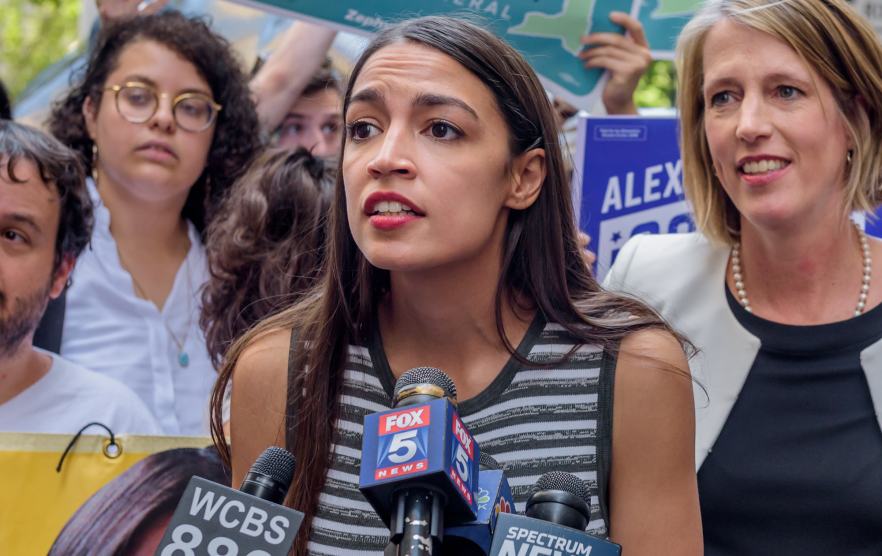 Since Alexandria Ocasio-Cortez’s stunning upset victory in New York against 10-term incumbent Rep. Joe Crowley last month, conservatives have pointed to the 28-year-old’s meteoric rise to sound the alarm that socialists are taking over the Democratic Party.

In spite of the obvious danger, one intrepid conservative, Daily Caller writer Virginia Kruta, decided to brave a recent Ocasio-Cortez rally in order to witness firsthand the buzz surrounding the new Democratic congressional candidate. The resulting column detailing her experience—one Kruta describes as “terrifying”—appears to inadvertently provide all the important talking points explaining why Ocasio Cortez’s platform has resonated so deeply among voters:

I saw something truly terrifying. I saw just how easy it would be, were I less involved and less certain of our nation’s founding and its history, to fall for the populist lines they were shouting from that stage.

Kruta’s explanation of Ocasio Cortez’s popularity extended into Tuesday when she appeared on Fox & Friends to further recount the harrowing event. “They say things, I mean, they talk about things that everybody wants, especially if you’re a parent,” Kruta said. “They talk about education for your kids, health care for your kids, things that you want.”

She continued: “If you’re not really paying attention to how they’re going to pay for it or the rest of that, it’s easy to fall into that trap and say, ‘My kids deserve this. And maybe the government should be responsible for helping me with that.'”

Kruta went on to say the event left her feeling deeply uncomfortable, particularly with what she describes as the level of anger among Ocasio-Cortez voters. “It seems like so much effort to be angry about everything instead of focusing on what you can do to change it,” she said. “So it was really uncomfortable.”

It’s unclear if Kruta has ever attended a Trump rally.

Daily Caller writer recounts going to Alexandria Ocasio-Cortez rally on Fox & Friends: "They say things — I mean, they talk about things that everybody wants, especially like if you are a parent" pic.twitter.com/bujOEbuLbD