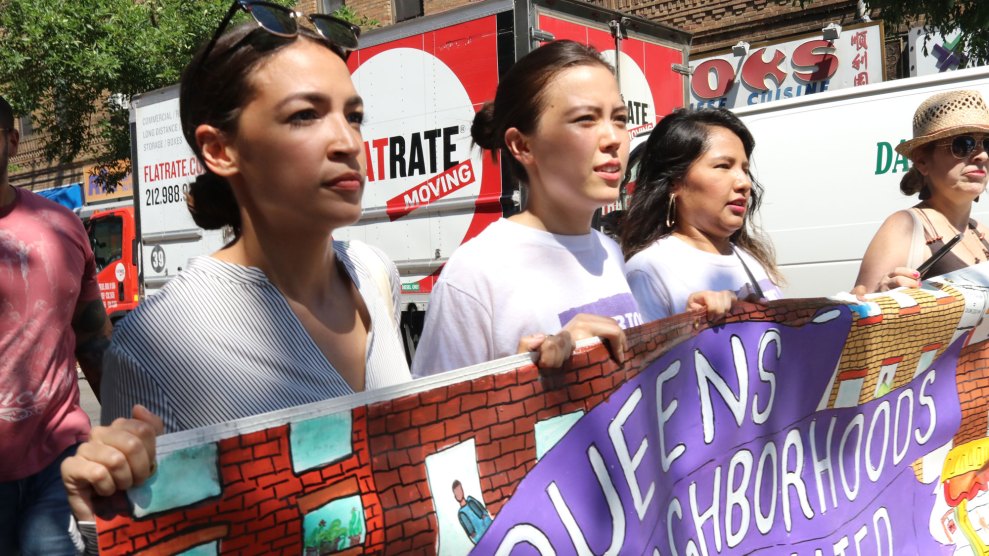 Democrat Alexandria Ocasio-Cortez instantly became a national celebrity after she upset 10-term incumbent Rep. Joe Crowley in last week’s primary. Ocasio-Cortez, a 28-year-old member of the Democratic Socialists of America, scored interviews on Meet the Press and the Late Show With Stephen Colbert, and has inspired a whole bunch of op-eds wondering what her lefty campaign portends for the future of the Democratic Party.

Conservative pundits have taken notice too. On Sunday, Newsmax TV host John Cardillo dropped what he considered to be a bombshell. Although Ocasio-Cortez stands to represent a district that includes parts of Queens and the Bronx (where she lives now), Cardillo pointed that she used to live in the suburbs:

This is the Yorktown Heights (very nice area) home @Ocasio2018 grew up in before going off to Ivy League Brown University.

That wasn’t quite right, and the candidate eventually set him straight:

2. It is nice. Growing up, it was a good town for working people. My mom scrubbed toilets so I could live here & I grew up seeing how the zip code one is born in determines much of their opportunity.

But Cardillo’s argument—echoed by places like the Daily Mail—misses something fundamental about Ocasio-Cortez’s message. That house with the leafy yard Cardillo tweeted out? The family nearly lost it after Ocasio-Cortez’s father died of cancer during the Great Recession. In the hopes of keeping it, her mother cleaned houses and drove buses and, and Ocasio-Cortez—flush with a background in public policy and that economics degree from BU—took a job waitressing and bartending at a Mexican restaurant in Manhattan. (Eventually, they sold the house.)

Ocasio-Cortez tells a variation of that story all the time, and for good reason. It’s a classic story of the Great Recession, and even more so, it’s a classic story of millennials during the Great Recession, stunted in their prospects by the failings of political and economic institutions, always one crisis away from disaster. Cardillo is staring right at the essence of Ocasio-Cortez’s message, but he still can’t see it.