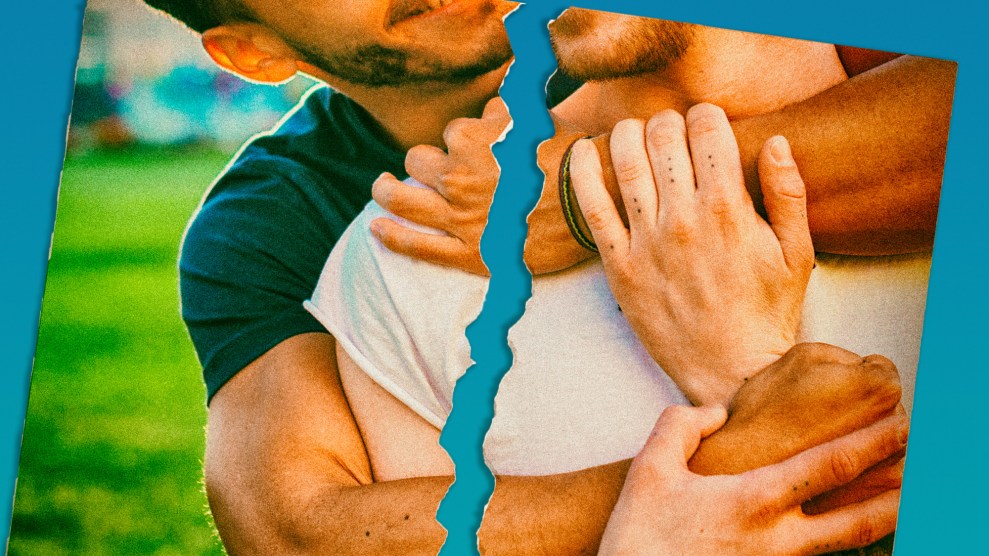 Three weeks ago on the Mother Jones Podcast, we heard from readers whose lives have been upended by President Donald Trump’s travel ban and about the agonizing wait for the final Supreme Court decision on the policy. Host Jamilah King spoke with a man named Anthony about being separated from his fiancé, Reza, an Iranian refugee who fled his home country because the police found out he was gay.

That decision finally arrived Tuesday morning, after more than a year and a half of legal wrangling. We checked back in with Anthony as news broke that the court upheld the travel ban in a 5-4 opinion, allowing the government to block about 150 million people from seven countries, most of them Muslim, from entering the United States. The decision marked the first time the nation’s highest court has weighed in on one of the Trump administration’s most controversial policies.

The news broke as Anthony was on the phone with Reza. “I stopped talking in the middle of my sentence and my heart just kind of dropped,” he told us. “He was worried about me. He kept asking me what was wrong. Was I okay? And then I had to tell him the news.”

Tough questions followed. Were they still going to try to get married? Was it worth it? “I said, ‘Yes, absolutely’,” Anthony recalled, as the emotional gravity of the moment hit him. “With the travel ban getting approved, it is absolutely our only chance to be together.”

He added, “It’s a long shot still, but it’s a chance. It’s just hard having conversations about your life and whether you’re going to be able to be together or not. And I tried to be a little more hopeful when I was talking to him on the phone, I think, than I really am.”

You can listen to the full episode below, and subscribe to the podcast.

Also on the show: As the nation reels from the sounds of crying migrant children separated from their parents at the border, we turn to those who are desperately waiting for answers. Texas Tribune investigative reporter Neena Satija reports from the international bridge between the United States and Mexico where asylum seekers are being forced to wait, sometimes for days in the driving rain, as they struggle to find loved ones missing in the system. And even though some Trump administration officials have claimed that the zero-tolerance initiative would act as a deterrent to would-be asylum seekers, none of the people Satija met had heard about the policy and forced family separations. (The administration announced last week it would cancel its own family separation policy, but huge questions remain about how and when children will be reunited with their parents.)

“We asked all the families that we were able to talk to on the bridge this question, and none of them had heard of a change in policy,” Satija said. “No one had the reaction of, ‘Oh my gosh, that would be terrible. You know there’s no way I’d want to go through that. I must turn back.’ That certainly was not the reaction we heard.”

And finally, to conclude Pride Month, we hear from our LGBTQ listeners about which TV and movie characters they thought were queer (even when the writers didn’t intend them to be).

You can also subscribe using any of the following services: