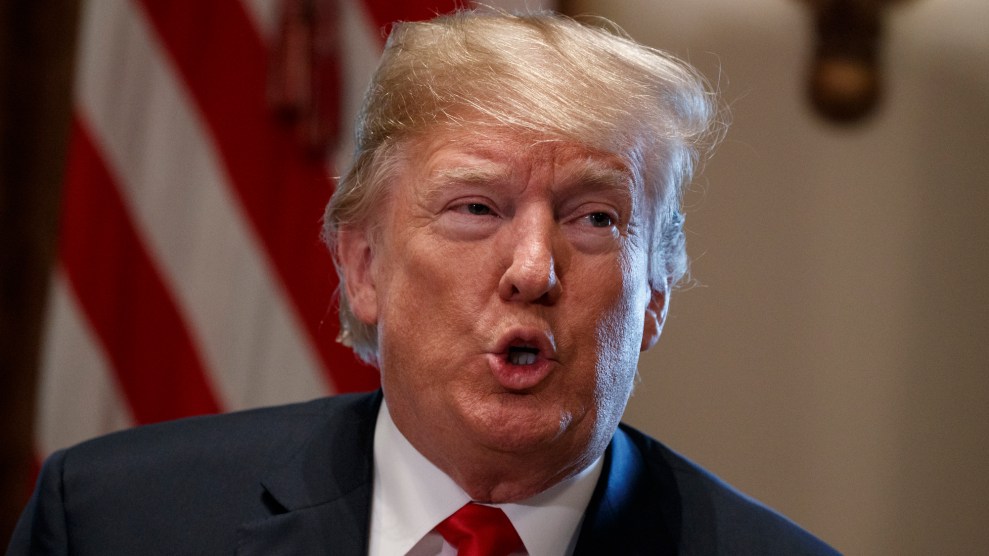 President Donald Trump says he will soon sign an executive action to end the forced family separations he repeatedly claimed he couldn’t stop.

The New York Times reports that the order will call for indefinitely detaining families. That would mark a sharp departure from the current requirement, as dictated by a 2016 court ruling, that children be released from family detention within 20 days. The order will almost certainly prompt legal challenges.

Homeland Security Secretary Kirstjen Nielsen is drafting the executive action that would direct the Department of Homeland Security to detain families together after crossing the border without authorization, the Associated Press reports. Nielsen arrived at the White House on Wednesday before Trump held the press conference where he announced he’d be signing the order. Nielsen had told reporters on Monday that only Congress could stop the family separations.

Under the order, families will be kept in immigration detention centers, an administration official told the Washington Post. US Immigration and Customs Enforcement operates three family detention centers, and they currently have little additional capacity. Placing children in ICE’s adult detention facilities would likely violate the 1997 Flores settlement agreement, which requires that migrant children be held in the least restrictive setting possible. (The 2016 court ruling that required ICE to quickly release children from family detention centers was based on the Flores settlement.)

The Trump administration pushed to detain migrant families indefinitely long before it began separating them under the zero-tolerance initiative. It now appears to be using the family separation crisis it created as a justification to put that policy into place.