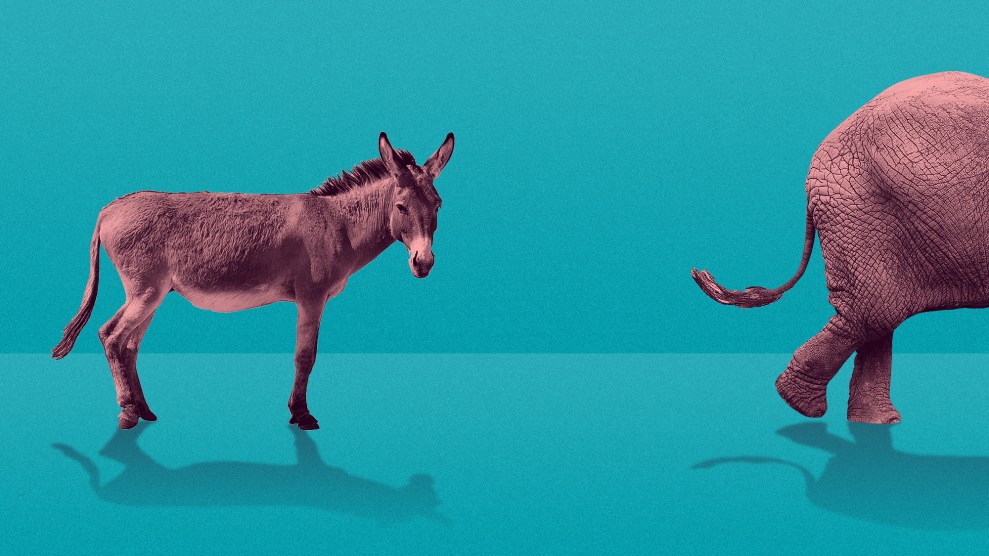 Chris Hagenow, the Republican majority leader in the Iowa House, is up for reelection this fall. But instead of running in the Des Moines-area district he’s represented for the last six years, he’s switching to a more conservative district nearby. He says he’s doing it to be closer to his kids’ school—but Democrats say Hagenow is swapping districts to avoid becoming yet another victim of 2018’s potential blue wave.

“He pretty vociferously maintains he’s not doing this so he can have an easier time at reelection,” Donna Hoffman, the head of the political science department at the University of Northern Iowa, told Mother Jones. “But all the data seems to suggest that he’s going to have an easier time in his reelection campaign.”

That’s because voters in Hagenow’s District 43 fit the profile of the educated, white suburbanites who nationwide have abandoned Donald Trump’s GOP more than half its voters cast their ballots for Hillary Clinton in the 2016 election. Hagenow, a conservative Republican, won reelection that year by more than 3 percentage points, but now he’s the kind of legislator being targeted across the country by an energized Democratic base.

Perhaps feeling this pressure, in March Hagenow filed to run in District 19, which is located several districts north of District 43. It will require him to physically move homes to the GOP stronghold, where Republicans outnumber Democrats by about 4,500 people and where Trump took 57 percent of the votes in 2016. Although District 43 is evenly split between Republicans, Democrats, and independents, Hagenow told the Des Moines Register the districts’ demographics had nothing to do with the change. (Hagenow did not respond to repeated requests for comment from Mother Jones.)

State-level Democratic candidates in Iowa have outperformed Clinton in every special election since November 2016, according to Daily Kos Elections. The Democratic Legislative Campaign Committee, the party organization focused on state House and Senate races, is trying to flip the Iowa House this November and is using issues like reproductive rights—Iowa’s Republican governor, Kim Reynolds, signed the most restrictive abortion ban in the country in early May—to make inroads in the state’s suburbs.

The DLCC’s pick to run in District 43 is Drake University professor and small business owner Jennifer Konfrst, who lost to Hagenow in 2016 by some 500 votes. She’ll face Republican attorney Michael Boal.

Meanwhile, Hagenow will likely win District 19. The Republican incumbent who won the seat in 2016 with almost 60 percent of the vote opted not to seek reelection. But, should a blue wave hit Iowa, the number of safely conservative seats will dwindle, said DLCC head Jessica Post.

“There’s only so much real estate,” she said, “that you can move to.”