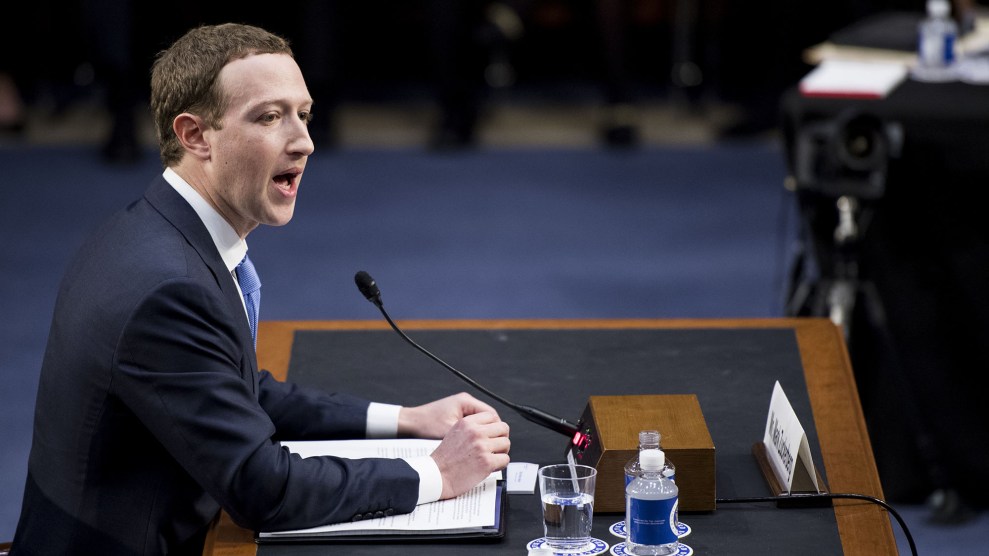 Facebook CEO Mark Zuckerberg on Tuesday confirmed officials from his company had been contacted by Special Counsel Robert Mueller as part of the ongoing investigation into Russian interference in the 2016 presidential election. Zuckerberg, who was testifying before two Senate committees about Facebook’s role in the election, added that the company is “working with” Mueller’s team.

Mueller’s interest in Facebook isn’t surprising. In February, he obtained an indictment against multiple Russian nationals for their alleged roles in a Kremlin-linked “troll factory” that used Facebook and other platforms to interfere in the election.

“Have you or anyone at Facebook been interviewed by the special counsel’s office?” Sen. Patrick Leahy (D-Vt.) asked Tuesday.

“Yes,” Zuckerberg replied, though he added that he has not been personally interviewed by Mueller’s office. Zuckerberg quickly walked that back, saying that while he “believe[s]” that some Facebook official have been interviewed by the special counsel, “I want to be careful here because our work with the special counsel is confidential, and I want to make sure that in an open session I’m not revealing something that’s confidential.”

Zuckerberg also gave confusing answers about whether Facebook had been subpoenaed as part of the investigation. Asked by Leahy whether the company had been served with subpoenas by Mueller’s office, Zuckerberg initially answered, “Yes.”

Moments later, Zuckerberg retracted that statement. “Actually, let me clarify that, I’m actually not aware of a subpoena,” Zuckerberg said. “I believe that there may be, but I know that we’re working with them.”