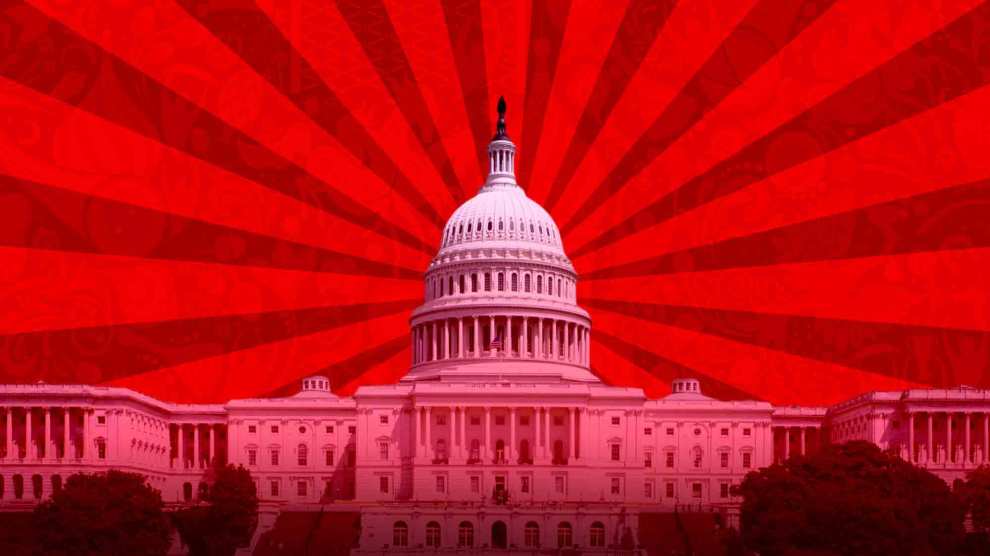 Special Counsel Robert Mueller announced on Friday that a grand jury has indicted 13 Russian nationals for tampering with the US political process.

The 37-page indictment details an extensive operation aimed at influencing the 2016 US presidential election. It focuses on the Internet Research Agency, a Kremlin-linked Russian “troll factory” based in St. Petersburg. The IRA, notes the indictment, “had a strategic goal to sow discord in the U.S. political system.” By mid 2016, the IRA’s operations “included supporting the presidential campaign of then Donald J. Trump…and disparaging Hillary Clinton.”

Deputy Attorney General Rod Rosenstein laid out the charges in a press conference at the Justice Department. The Russian defendants, Rosenstein said, “allegedly conducted what they called ‘information warfare’ against the United States, with the stated goal of spreading distrust of candidates and political system in general.” He stressed that “there is no allegation in this indictment that any American was a knowing participant in this activity” or that the Russian effort “altered the outcome of the 2016 election.” He also said that the government has not yet had any communications with the Russians and that the Justice Department “will follow ordinary process of seeking cooperation and extradition.”

The indictment alleges that the Russians specifically sought to boost Trump while hurting his rivals. “By 2016, Defendants and their co-conspirators used their fictitious online personas to interfere with the 2016 U.S. presidential election,” it states. “They engaged in operations primarily intended to communicate derogatory information about Hillary Clinton, to denigrate other candidates such as Ted Cruz and Marco Rubio, and to support Bernie Sanders and then-candidate Donald Trump.” According to the indictment, “specialists”—as the Internet Research Agency’s social media operatives were known—were instructed, according to an internal document, to “use any opportunity to criticize Hillary and the rest (except Sanders and Trump—we support them).”

Rosenstein did not assert that Mueller is not looking into collusion by Americans, but merely that the indictment does not include such charges. But his words are likely to be used by Trump and his backers to argue that there was no collusion.

Rosenstein added, “This indictment serves as a reminder that people are not always who they appear to be on the internet.”

Here’s are a few of the key revelations about the IRA and two companies with various Russian government contracts that funded it, Concord Management and Consulting and Concord Catering, which were also indicted:

Prior to Rosenstein’s press conference, the special counsel’s office released the following statement:

This is a developing story. Check back for updates.