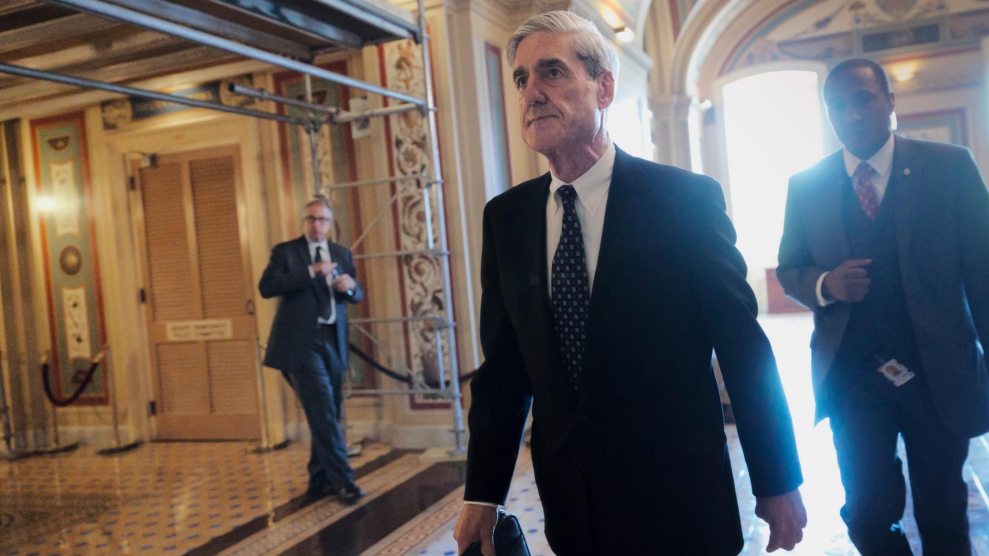 Mueller, tasked with investigating Russian interference in the US election and possible collusion between Russia and the Trump campaign, has subpoenaed financial records from Trump’s businesses and from some of their creditors, like Deutsche Bank, presumably to look for links to Russian money. But Mueller’s office has not previously revealed an interest in speaking with Russian oligarchs directly. In recent months, however, it has stopped at least two Russian oligarchs when they arrived at US airports to question them. One oligarch, according to sources who spoke to CNN, had his electronic devices searched after his private jet landed at a New York airport. The team has also reportedly sent an interview request to at least one other Russian oligarch. These moves, CNN reports, show “that Mueller’s team has intensified its focus into the potential flow of money from Russia into the US election.” That’s of interest because foreign nationals are prohibited from donating to US campaigns.

Mother Jones reported in August that Andrew Intrater, an American cousin of Russian oligarch and energy magnate Viktor Vekselberg, gave $250,000 to the Trump inaugural fund, despite having no history as a major political donor. Until that point, he’d given a total of about $4,000 in donations across elections, and mostly to Democratic candidates. More from the story from my colleagues David Corn and Dan Friedman:

Intrater is the CEO of Columbus Nova, the lone American subsidiary of Renova Group, a giant holding company owned by oligarch Viktor Vekselberg with interests in the metals, mining, chemical, construction, transport, energy, telecommunication, and financial sectors in Russia and abroad. Intrater, an American citizen, is Vekselberg’s cousin, according to filings with the Securities and Exchange Commission. In June, Intrater also made a $35,000 contribution to a joint fundraising committee for Trump’s reelection and the Republican National Committee.

It’s unclear if Vekselberg is among the Russian oligarchs who have been contacted by Mueller’s team.

Meanwhile, the question of possible illegal foreign donations from Russia is also under scrutiny by the FBI and the Federal Election Commission. Both agencies are currently looking into the possibility that Alexander Torshin, the deputy governor of Russia’s central bank and a close associate of Russian President Vladimir Putin, helped illegally funnel money into the US election via the National Rifle Association.