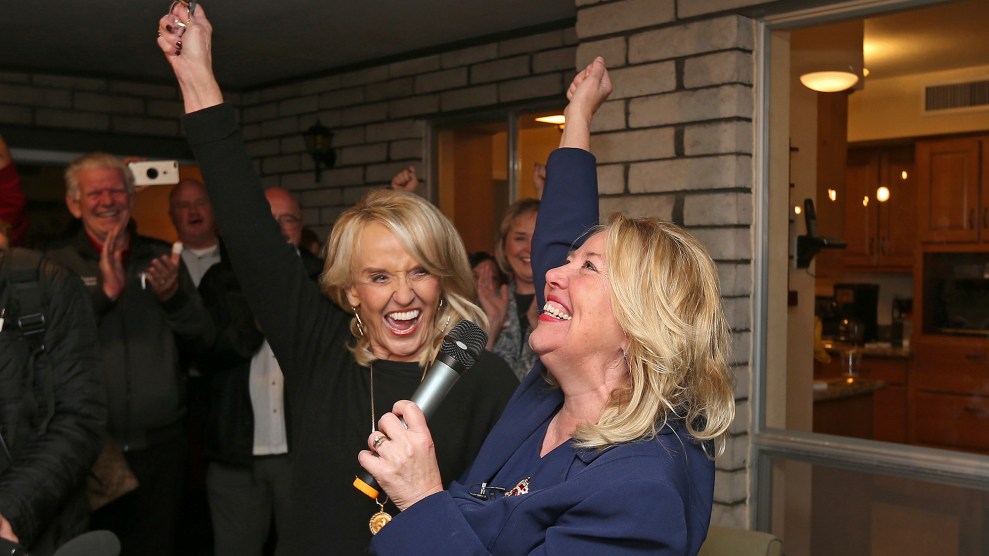 Tipirneni got 47 percent of votes.

“This is so awesome,” Lesko said, shortly after unofficial results were announced. “It’s overwhelming.”

On Tuesday, Trump tweeted his support of Lesko.

Arizona, please get out today and vote @DebbieLesko for Congress in #AZ08. Strong on Border, Immigration and Crime. Great on the Military. Time is ticking down – get out and VOTE today. We need Debbie in Congress!

Registered Republicans outnumber registered Democrats in the district by 19 percent, according to the Arizona Secretary of State. But, bolstered by Connor Lamb’s upset last month in Pennsylvania, Democrats had been hoping Tipirneni’s story as a first-generation immigrant who became a physician and her affordable health care platform would create similar results in the red district.

Unlike Lamb’s Pennsylvania constituency, the Arizona district is known for its sleepy retirement communities—roughly a quarter of residents are over 60—and its voters’ devotion to former Maricopa County Sheriff Joe Arpaio, according to FiveThirtyEight. Republican Rep. Franks, who stepped down in December after reports that he offered a staffer $5 million to carry his child, ran unopposed in 2014 and 2016.

Democrats in the district rely on minority voters for wins—the group that is least likely to turn out for off-year elections.

But Lesko’s win isn’t necessarily an indication of an end to a nationwide Blue Wave.

Democrats outperformed Republicans in the red-leaning district by 19 percentage points, based on FiveThirtyEight’s analysis that the district leans red by 25 percentage points. That’s on par with the national average—17 percentage points—since Trump’s inauguration, according to FiveThirtyEight. The margin is in spite of a last-minute influx of about $1 million into the race from outside GOP groups, and a robocall in which Trump warned Tipirneni’s victory would mean, “illegal immigrants will pour right over your border.”

The relatively close race may even position Democrats to better challenge Republicans in November. Democrats have plans to flip at least one Arizona chamber and Sen. Jeff Flake’s (R-Ariz.) U.S. Senate seat. One senior Democratic Party official told CNN earlier this month that they saw the special election “as a test run of how we are going to gear up for 2018.”