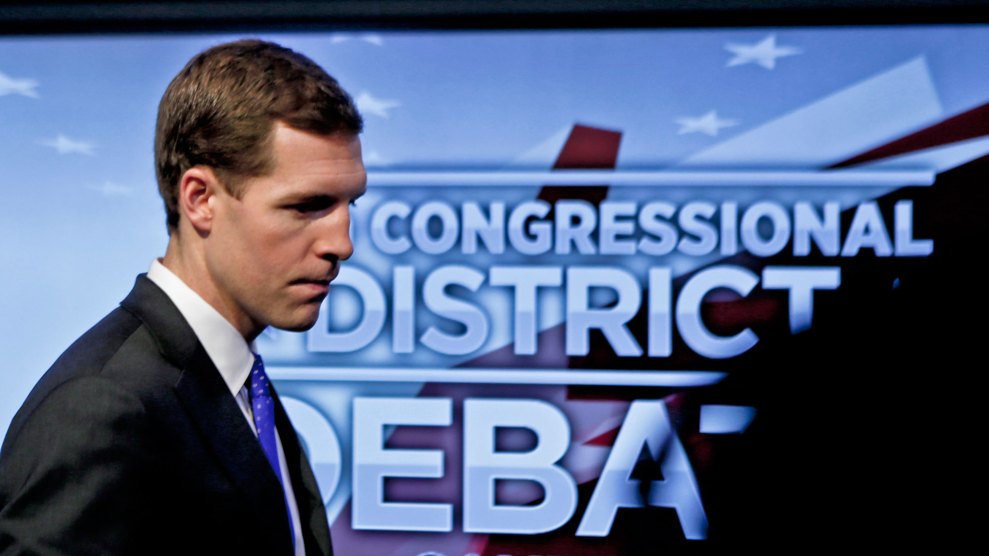 Next month’s special election in Pennsylvania’s 18th district, between Republican state Sen. Rick Saccone and Democrat Conor Lamb, will be the first congressional election after last week’s school shooting in Parkland, Florida. While many Republicans, including President Donald Trump, have been put on the defensive by a series of massive student-led protests, the party hasn’t adjusted its rhetoric in the Trump-loving western Pennsylvania district. Here’s a campaign flyer distributed in an upscale neighborhood in the district by the Congressional Leadership Fund, a super-PAC associated with the House Republican leadership:

The irony here is that Lamb, a former prosecutor, doesn’t actually want much more gun control, and he’s taken some heat from Democrats because of it. At a recent debate, Lamb said he would not support a ban on assault weapons like the AR-15 reportedly used by the Florida shooter. He echoed a statement he made after the Florida shooting, saying that Congress should shore up existing safeguards rather than drafting new laws. (He did say he supported efforts to close the so-called “gun show loophole,” which allows private sales of guns to be conducted without a background check.) For his part, Saccone also rejected the idea of an assault weapons ban and lamented that “the left’s first response is always to disarm law-abiding citizens whenever there’s an incident like this.”

The Republican attacks on Lamb are perhaps instructive for other Democratic candidates running in red districts. Even if you explicitly say you won’t support Nancy Pelosi, you’ll still be typecast as “Nancy’s little Lamb.” And you’ll be accused of grabbing guns even if you explicitly take gun control off the table.