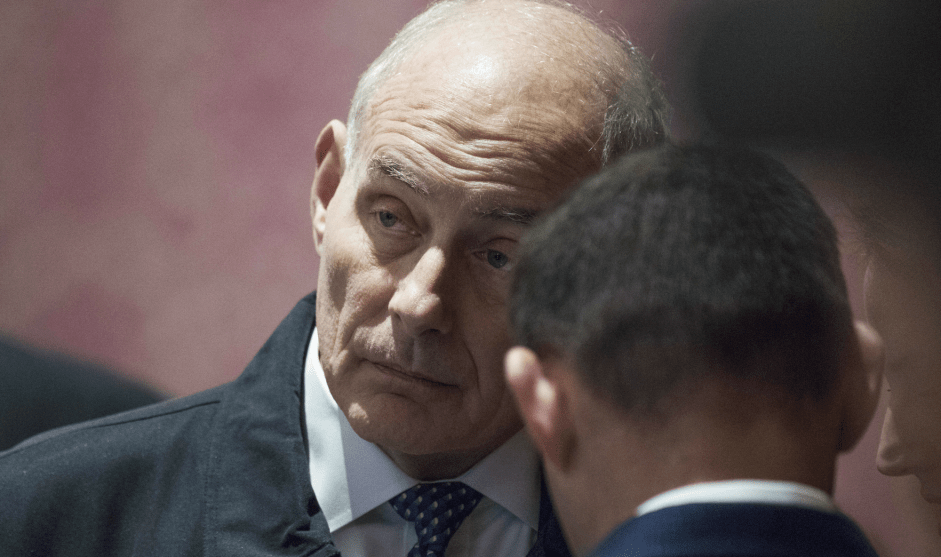 A senior White House aide resigned on Wednesday amid allegations from his two ex-wives, who each have accused him of domestic abuse.

The staffer, Rob Porter, denied the accusations, which were detailed in a Daily Mail story that included photos showing one of his former wives with a black eye. He claimed her allegations were “outrageous” and “simply false.”

The Porter story quickly expanded to include White House chief of staff John Kelly’s fierce defense of Porter, who held the position of White House staff secretary, an important post, with one key duty being controlling the flow of documents presented to the president. “Rob Porter is a man of true integrity and honor and I can’t say enough good things about him,” Kelly said in a statement to the Daily Mail. “He is a friend, a confidante and a trusted professional. I am proud to serve alongside him.”

Politico reported that Kelly had known about an emergency protective order that had been filed by Porter’s second wife.

But I want you to read John Kelly's quote and remember it if Mr. Kelly ever talks in the future about integrity and honor. https://t.co/09xUtIeIu3

Many contrasted Kelly’s effusive praise for Porter with his recent disparaging comment that some Dreamers were “too lazy to get off their asses.”

The Intercept reported Wednesday that the FBI knew about the domestic abuse allegations against Porter when it conducted a routine background check on him before he began working at the White House. Porter’s history of domestic abuse reportedly blocked him from receiving a full security clearance. This has prompted questions regarding why Kelly still permitted Porter to handle sensitive information and be a gatekeeper for the information landing on the president’s desk.