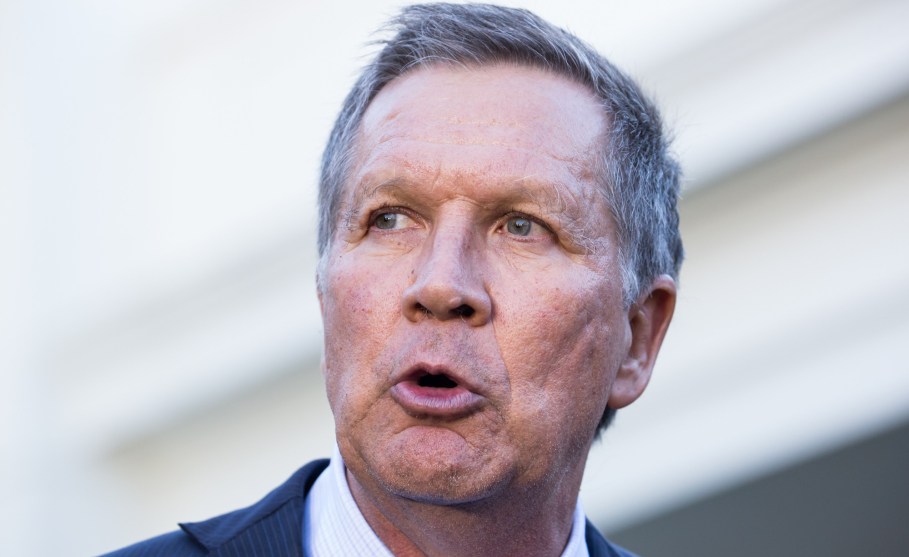 Ohio Gov. John Kasich on Sunday denounced the GOP-led Congress for its inaction on gun violence, positioning himself among a vocal contingent of Republicans urging their party to rethink its all-out opposition to stronger firearms laws in the wake of Wednesday’s deadly school shooting in Parkland, Florida.

“They can’t agree to anything down there,” said Kasich, a 2016 presidential candidate eyeing a 2020 bid, on CNN’s State of the Union. “Wake up,” he added.

Ohio Gov. John Kasich calls Congress "totally dysfunctional": "Do I think they can do anything on guns? I hope they prove me wrong and they can, because I have no confidence in them" #CNNSOTU https://t.co/jCgv6GBQ5g

“I think the Congress is totally dysfunctional,” Kasich said. “I’ve never seen anything like it…They just can’t seem to get anything done.” Kasich also faulted Congress for inaction on immigration and for blowing “a hole in the deficit,” saying lawmakers only come together to “take money out of our kids’ piggy banks.” But Kasich, a former Fox News host and member of Congress, saved his strongest rhetoric for the gun issue. He suggested he would favor expanding background check laws to cover private gun sales; banning so-called bump stocks that make semi-automatic weapons fire bullets faster; and outlawing assault weapons like the AR-15 that was reportedly used in the Florida massacre.

The statements actually mark Kasich’s second major shift on guns. As a member of the House, Kasich drew the NRA’s ire after he voted in 1994 for an assault weapons ban. (That ban expired in 2004. Amid strong GOP opposition, Democrats have made modest, unsuccessful, efforts to renew it.) But as Ohio’s governor, Kasich signed pro-gun bills, such as a measure allowing concealed handguns in bars, earning him NRA backing for his reelection bid in 2014.

On Sunday, Kasich touted a task force he has established in Ohio that he said is eying various regulations on firearms. And he called on state legislators to move the issue forward in the face of congressional gridlock. “If they don’t produce anything, I’ll put my own stuff out,” he added.

Kasich recounted a conversation he said he had with an unnamed gun collector. “Would you feel as though your Second Amendment rights would be eroded because you couldn’t buy a God-darned AR-15?” Kasich said he asked the man. Parkland suspect Nikolas Cruz is believed to have used an AR-15, a popular semi-automatic rifle used many mass shootings.

Kasich’s comments are part of a trend in which at least some Republicans in recent days have broken with their party’s leaders on guns. On Saturday, the New York Times reported that Al Hoffman, a prominent GOP political donor, had issued an ultimatum to top Republicans, vowing to cut off financial support unless they pass legislation to restrict access to guns, including an assault weapons ban.

Some Republicans have also warmed to the idea of temporary restraining orders that allow judges to permit confiscation of guns from people shown to constitute a threat to themselves or others. Such laws are already on the books in California, Connecticut, Washington State, and Oregon and could be enacted in several more states. David French, a National Review writer, suggested in a column Friday that Republicans should embrace such orders as a means to limit gun violence. Amanda Carpenter, a CNN contributor and former aide to Sen. Ted Cruz (R-Texas), also backed the idea on Sunday.