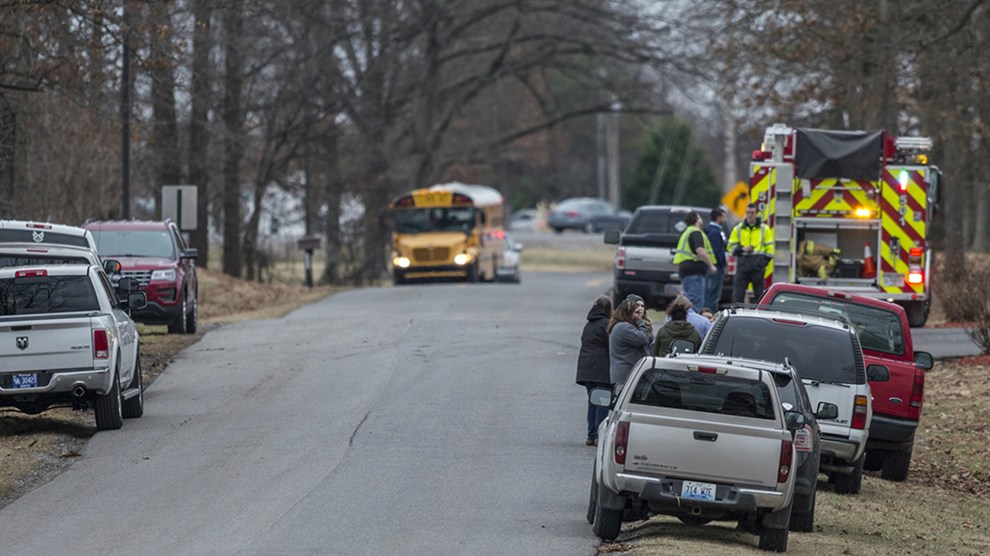 At least two students are dead after a 15-year-old classmate opened fire inside Marshall County High School in the small own of Benton, Kentucky, on Tuesday morning. At least 17 others were reported injured, with 14 of those injured sustaining gunshot wounds.

A 15-year-old boy was arrested and is expected to be charged with murder and attempted murder, Kentucky State Police Lt. Michael Webb said in a press conference.

“This is a tremendous tragedy and speaks to the heartbreak in our communities,” Gov. Matt Bevin said in a statement. “It is unbelievable that this would happen in a small, close-knit community like Marshall County.”

In describing the harrowing scene, 16-year-old Lexie Waymon told the Associated Press, “I blacked out. I couldn’t move. I got up and I tried to run but I fell. I heard some hit the ground. It was so close to me. I just heard it and then I just, everything was black for a good minute. Like I could not see anything. I just froze and did not know what to do.”

The incident is the nation’s second school shooting in less than a week, after a 15-year-old girl was wounded in a shooting at Italy High School in Texas on Monday. The victim is said to be in “good spirits” and recovering, a school official said Tuesday. Authorities have charged a 16-year-old boy with two counts of aggravated assault with a deadly weapon.