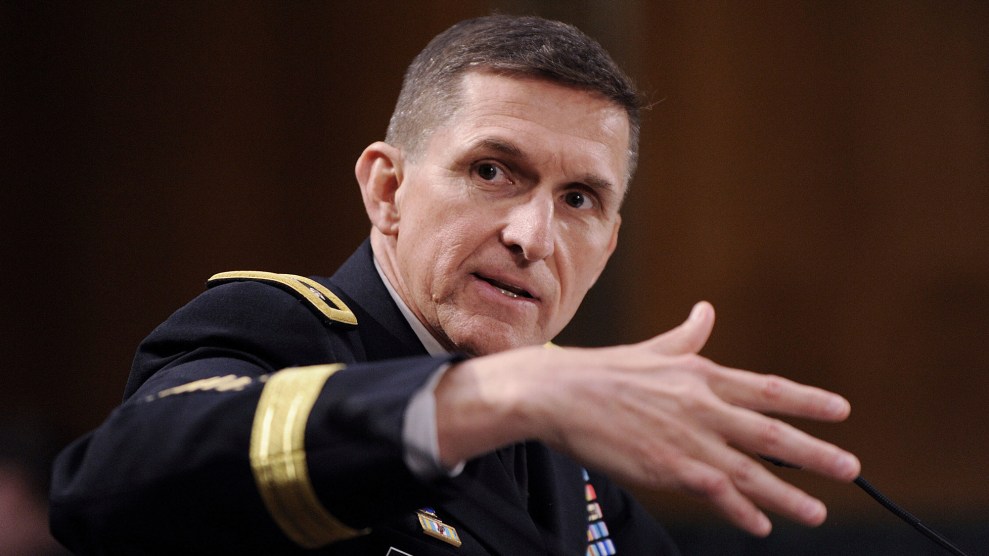 The Wall Street Journal reported late on Thursday that retired general Michael Flynn, who served as national security adviser to President Donald Trump, offered to be interviewed by FBI and congressional officials in exchange for immunity from any prosecution that may result from ongoing investigations into ties between Trump campaign officials and Russia. Flynn resigned in February, less than a month into his White House tenure, following revelations that he misled White House officials about his communications with Russian ambassador Sergei Kislyak. The offer, made through an attorney, has thus far not been accepted, the Journal reported.

More from the Journal:

It wasn’t clear if Mr. Flynn had offered to talk about specific aspects of his time working for Mr. Trump, but the fact that he was seeking immunity suggested Mr. Flynn feels he may be in legal jeopardy following his brief stint as the national security adviser, one official said…

Mr. Flynn’s communications with the Russian ambassador, Sergei Kislyak, have been scrutinized by the FBI, which is examining whether Trump campaign personnel colluded with Russian officials who are alleged to have interfered with the presidential election, according to current and former U.S. officials. Russia has denied the allegations.

Flynn’s general counsel, Robert Kelner, said in a statement that his client “certainly has a story to tell, and he very much wants to tell it, should the circumstances permit.”

NEW: Statement from Flynn’s counsel says “he very much wants to tell [his story], should the circumstances permit.” pic.twitter.com/OrrOKJgK8E