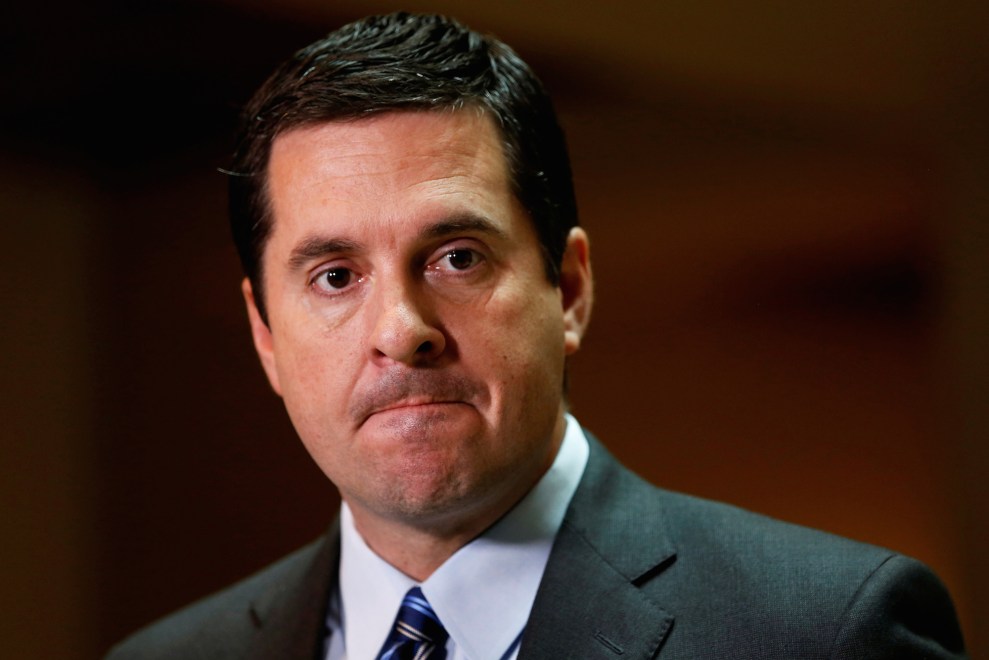 Two White House officials assisted in providing Rep. Devin Nunes (R-Calif.), chairman of the House intelligence committee, with the information he used to claim that members of Donald Trump’s transition team were “incidentally” swept up in foreign intelligence collection efforts, the New York Times reports. The paper identified the officials as National Security Council intelligence director Ezra Cohen-Watnick, a former aide to Michael Flynn, and Michael Ellis, who worked for Nunes before taking a job in the White House counsel’s office.

The effort to provide Nunes with the incidental collection info led to a bizarre and dramatic series of events last week. After viewing the intelligence reports on the White House grounds, Nunes, whose committee is probing Russia’s meddling in the 2016 election, staged a dramatic press conference the next morning and then rushed to the White House to brief the president.

White House press secretary Sean Spicer repeatedly batted away questions regarding the Times report Thursday, claiming he was “not at liberty” to discuss it.

Earlier this month, the president ignited a firestorm of controversy when he accused his predecessor, Barack Obama, of wiretapping him. Trump—under fire for his baseless allegation—claimed that he felt “somewhat” vindicated by the information that Nunes provided him with (even though it in no way backed up his wiretapping claim).

Republican lawmakers, including Senators Lindsey Graham and John McCain, have called on Nunes to provide additional information about his White House meeting or risk losing the “ability to lead” the ongoing probe.

This is a breaking news post. We will update when more information becomes available.