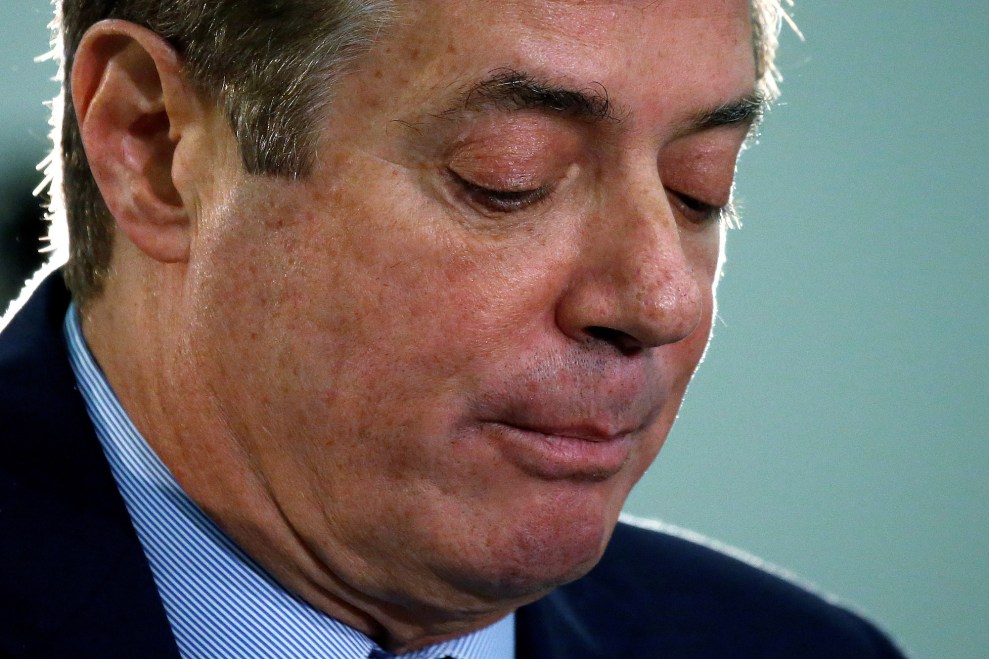 Paul Manafort, who ran President Donald Trump’s campaign from April to August 2016, secretly worked to “greatly benefit” Russian President Vladimir Putin’s interests a decade ago, according to documents obtained by the Associated Press.

In 2006, Manafort signed a $10 million annual contract with Russian oligarch and Putin ally Oleg Deripaska to “influence politics, business dealings and news coverage inside the United States, Europe and the former Soviet republics to benefit the Putin government,” the AP reports.

“We are now of the belief that this model can greatly benefit the Putin government if employed at the correct levels with the appropriate commitment to success,” Manafort wrote to Deripaska, an aluminum magnate, in a 2005 strategy memo.

The bombshell report appears to contradict Manafort’s repeated denials that he worked to advance Russian political interests. The longtime lobbyist and onetime partner of Trump ally Roger Stone was forced to resign as Trump’s campaign chairman after multiple reports revealed his work for deposed Ukrainian President Viktor Yanukovych and his pro-Russian Ukrainian party, including allegations (denied by Manafort) of $12.7 million in undisclosed payments made to Manafort.

Shortly after the AP’s report, Manafort confirmed he had previously worked for Deripaska but claimed it did not involve representing “Russian political interests.”

White House press secretary Sean Spicer attempted to downplay Manafort’s role within the Trump campaign as “very limited” on Monday, the same day FBI Director James Comey confirmed to the House Intelligence Committee that the bureau was investigating the Trump campaign in conjunction with its broader probe of Russian interference in the 2016 election.

This is a breaking news story. We will update as more information becomes available.