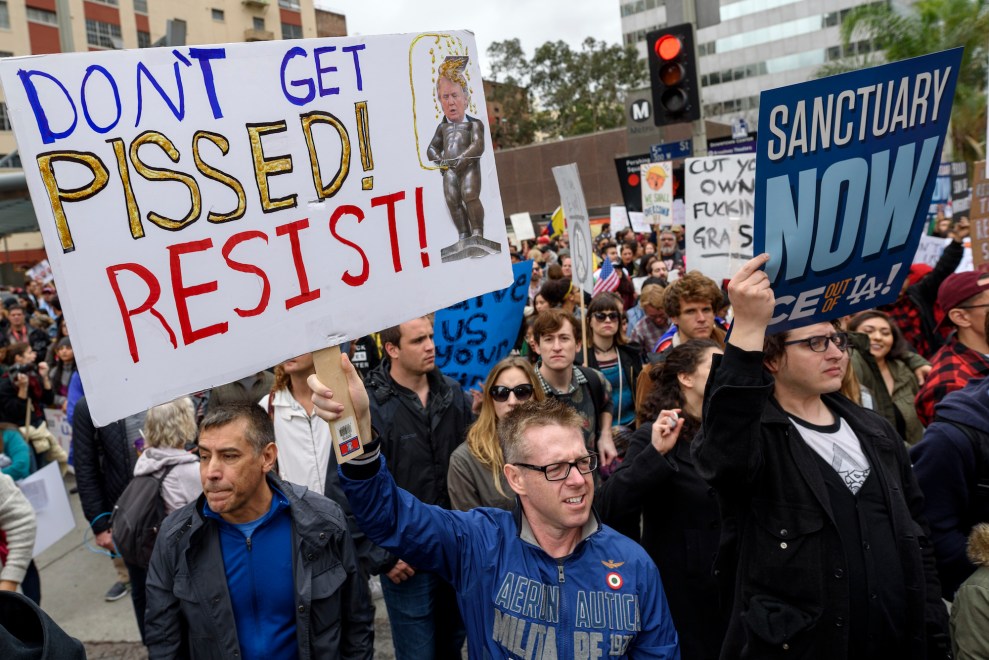 In the wake of raids that resulted in the arrest of 161 undocumented immigrants in southern California earlier this month, the city of Los Angeles is demanding that federal immigration agents end the practice of identifying themselves as “police” with the Los Angeles Police Department. According to a letter signed by city officials, that tactic threatens to erode trust between local law enforcement officers and the immigrant communities they police.

“For ICE agents to represent themselves as police misleads the public into believing they are interacting with LAPD.”

“In Los Angeles, the term ‘police’ is synonymous with the Los Angeles Police Department,” reads a letter that Mayor Eric Garcetti, city attorney Mike Feuer, and city council president Herb J. Wesson sent to the Trump administration Thursday. “So for ICE agents to represent themselves as police misleads the public into believing they are interacting with LAPD.”

While there’s apparently nothing illegal about Immigration and Customs Enforcement agents identifying themselves as “police,” the letter claims that the practice undermines the LAPD’s efforts to promise immigrant populations that they can provide “valuable information and cooperation” without fear of potential deportation. The letter says that the feds’ behavior is “especially corrosive” because the LAPD has a policy against stopping individuals for the purpose of checking their immigration status.

The controversial tactic, which has been used by immigration agents for decades now, received renewed attention this month after an LA Times video showed an immigration agent identifying himself as a police officer, while attempting to gain entry into the home of an undocumented immigrant. The video raised questions from civil liberties groups, including the American Civil Liberties Union, that argue the misidentification potentially tricks people into allowing agents to search their homes without a warrant.

The letter on Thursday comes amid increasing fear and confusion over President Donald Trump’s immigration crackdown, while communities across the country prepare to defend themselves against the administration’s future deportation efforts. The president has vowed to defund sanctuary cities, including New York and Los Angeles, that have pledged to protect undocumented populations from Trump’s deportation plans. One prominent Trump backer, Milwaukee County Sheriff David A. Clarke, has even called for prosecuting the mayors of sanctuary cities.