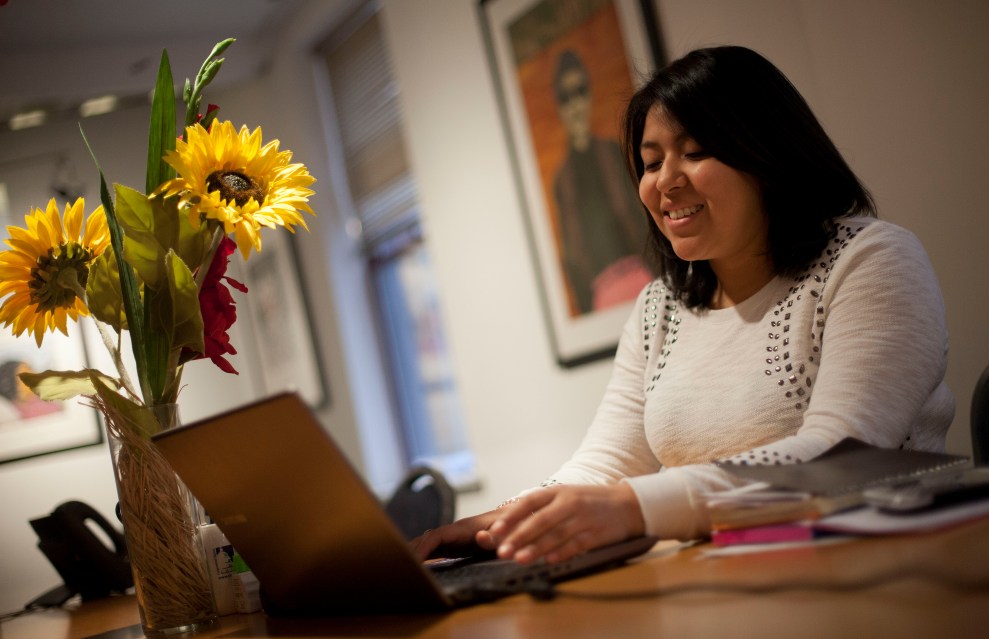 Hareth Andrade at her job at the Mexican American Legal Defense and Education Fund in Washington in 2014. Andrade, who was born in Bolivia, is waiting for renewal guidelines for Deferred Action.AP Photo/Pablo Martinez Monsivais

In 2012, President Barack Obama issued an executive order establishing Deferred Action for Childhood Arrivals (DACA), which allows undocumented immigrants who were brought to the United States as children to apply for two-year work permits and exemptions from deportation. They initially were able to renew their DACA status for a second two-year period, which was later expanded to three years. The immigration plan that President-elect Donald Trump issued during his campaign for presidency calls for ending DACA, describing it as “illegal executive amnest[y].” Now, a new report by the Immigrant Legal Resource Center outlines the possible economic effects that could occur if the Trump administration follows through on its proposed elimination of DACA.

As of June 2016, DACA has granted thousands of undocumented immigrants who came to the United States as children the ability to get jobs legally, according to the Immigrant Legal Resource Center. Of the 741,546 people in the program, 87 percent are currently employed. A June 2015 survey of the economic and educational effects of DACA by a political scientist from the University of California-San Diego and the National Immigration Law Center showed that DACA both improved the lives of recipients and was good for the US economy. The higher wages that DACA recipients earn have translated into increased tax revenue and economic growth for the United States. According to a September 2016 study by the Center for American Progress, ending DACA would mean a $433 billion reduction of the nation’s GDP over a decade.

This week, the Immigrant Legal Resource Center, a national nonprofit resource center that provides legal trainings and other resources for immigrant rights, has published a report using data on the program until June, 2016 that outlines the possible economic effects on Social Security and Medicare, and the costs to employers, if DACA is completely abolished.

Trump has not backed off the idea of ending DACA. But he told Time that he would have a plan for undocumented immigrants “that’s going to make people happy and proud.”