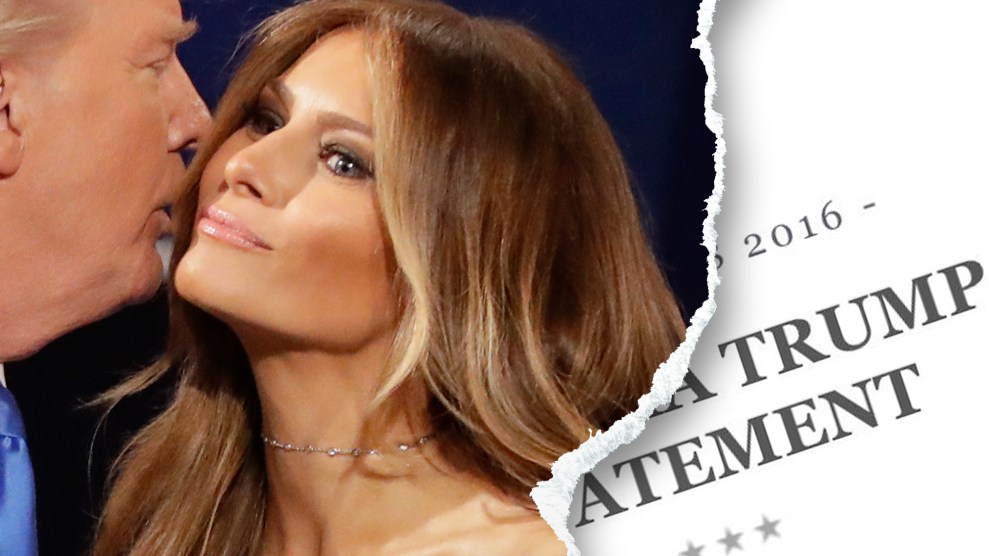 Melania Trump issued a statement Saturday afternoon calling her husband’s boastful comments about groping women “offensive” and “unacceptable”—though she didn’t condemn the specific behavior that Donald Trump had bragged about.

“The words my husband used are unacceptable and offensive to me,” read the statement, which was released by the campaign. “This does not represent the man that I know. He has the heart and mind of a leader. I hope people will accept his apology, as I have, and focus on the important issues facing our nation and the world.”

Her reaction comes just under 24 hours after the Washington Post published previously unaired footage from 2005 of Donald Trump and TV host Billy Bush discussing how the GOP nominee hit on a married woman and how Trump believed he could “do anything” to women.

Melania Trump’s statement comes amid a deluge of criticism from Republican leaders, many of whom have begun to withdraw their endorsements for the nominee and call for him to drop out of the race. You can see the growing list of dissenters here.

Melania calls Trump’s remarks “unacceptable” and “offensive”. Asks voters to forgive him as she has. pic.twitter.com/h8tCgXH3jq