The FBI released on Monday the fourth and last batch of interview summaries related to its investigation of Hillary Clinton’s use of a private home email server during her time as secretary of state. The files to date have summarized Clinton’s July 4 weekend interview with agents, the technical details behind the server, and some complicated aspects of the relationship between the State Department and the FBI.

But they also included another interesting nugget.

In a summary from May 25, 2016, one of the US Secret Service agents assigned to protect former President Bill Clinton told FBI investigators that he was also “asked to do network assessments and troubleshoot IT issues at the Clinton Foundation” in addition to his full-time job of protecting the former president. His apparent “information technology (IT) skills” were tapped to assist “in a case related to the theft of information on the Clinton Foundation information systems.” The agent also told the FBI that after being contacted by longtime Clinton aide Justin Cooper, he helped another Clinton aide, Bryan Pagliano, research a security issue with the Clinton’s home email server.

The US Secret Service is tasked with protecting the president, former presidents, and a handful of other high-ranking US politicians, along with foreign dignitaries who visit the United States. The agency, among the nation’s oldest federal law enforcement organizations, also investigates threats against those it protects and investigates crimes related to financial fraud. It’s unclear whether the work the agent described would violate any department regulations. The Secret Service did not respond to questions about the matter. The Clinton campaign and the Clinton Foundation also did not respond to any questions. 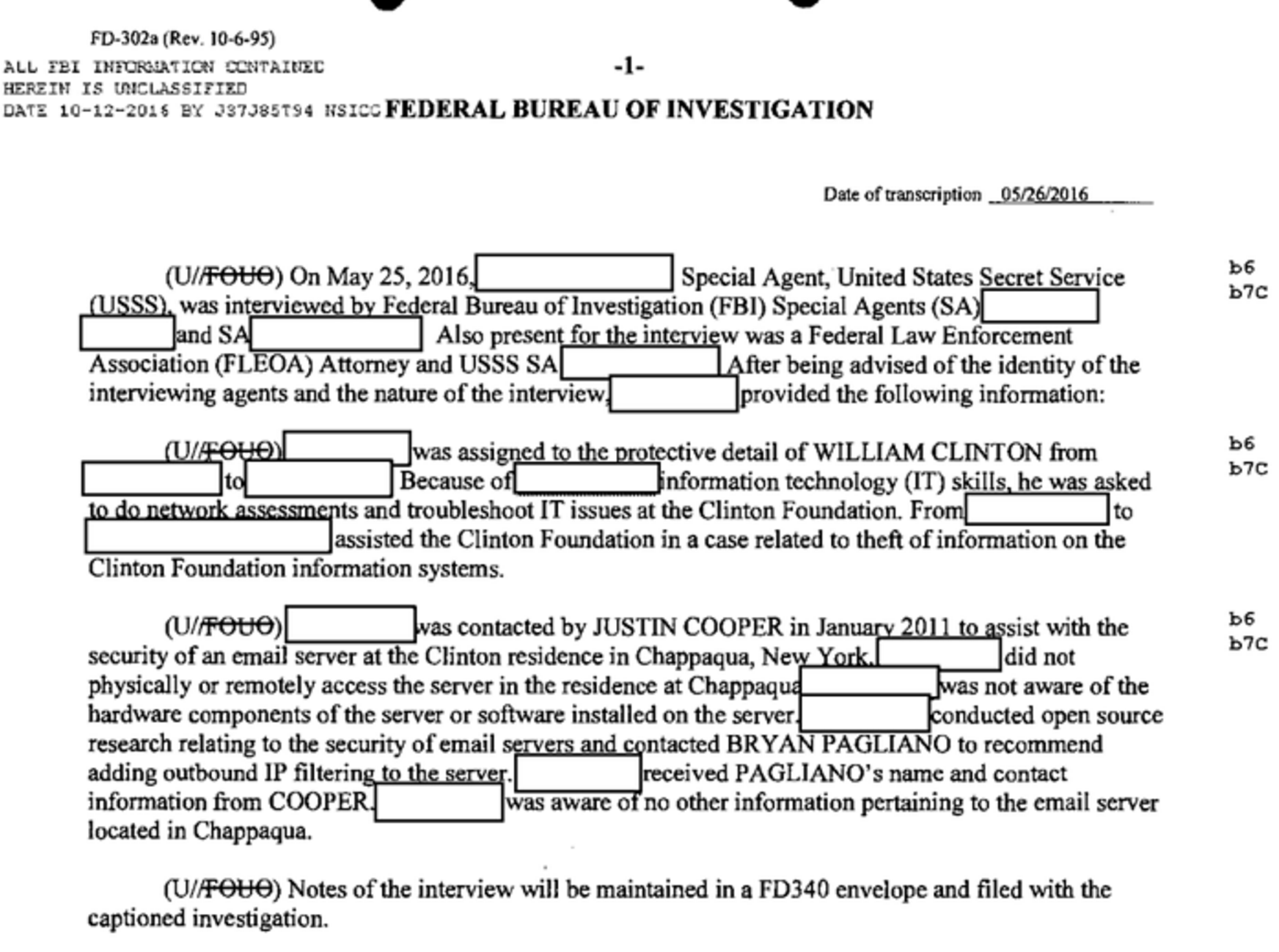 Cooper and Pagliano have both been embroiled in the private email server controversy from the very beginning. They helped the Clintons set up the email server in the first place, according to Politico Magazine, and Pagliano maintained the home email server as someone who worked for Hillary Clinton both at the State Department and privately. In 2015 he invoked his Fifth Amendment protections against self-incrimination during one of the lawsuits related to records about the server, and was one of five people who were given limited immunity deals from the FBI as part of its investigation into the case.