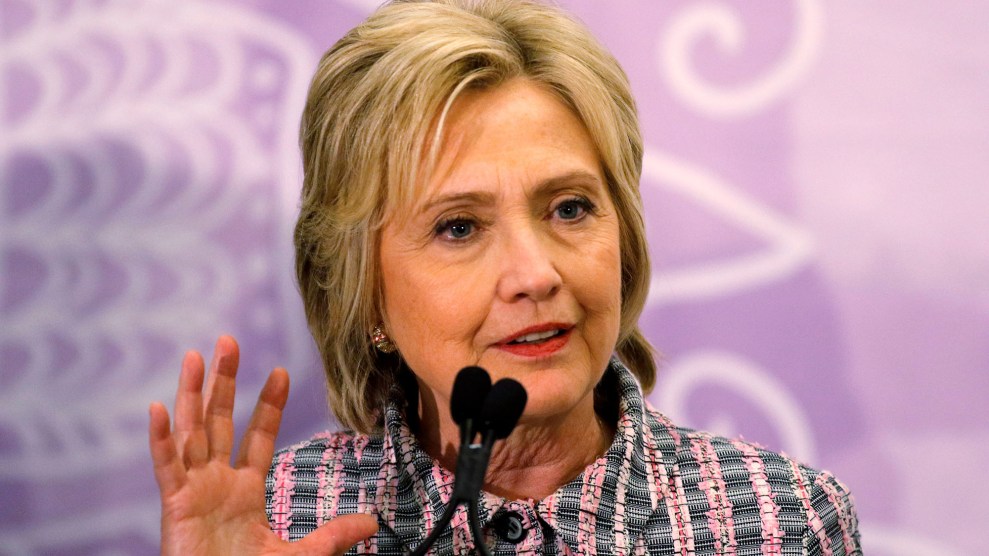 The State Department’s Inspector General has determined that Hillary Clinton violated agency policies on record-keeping, according to a report it released to lawmakers on Capitol Hill on Wednesday.

The report—which was first reported by Politico—concludes that Clinton’s use of a private email server broke rules that exist to comply with the Federal Records Act.

“Secretary Clinton should have preserved any Federal records she created and received on her personal account by printing and filing those records with the related files in the Office of the Secretary,” the report states. “At a minimum, Secretary Clinton should have surrendered all emails dealing with Department business before leaving government service and, because she did not do so, she did not comply with the Department’s policies that were implemented in accordance with the Federal Records Act.”

The IG report also notes that Clinton and her top aides did not cooperate with the investigation. The Clinton campaign did not respond to a request for a comment.

In addition to criticizing Clinton’s email practices, the report also faults the State Department for “longstanding, systemic weaknesses” concerning records that “go well beyond the tenure of any one Secretary of State.” That line of reasoning was reflected in a tweet from Brian Fallon, one of the Clinton campaign’s spokesmen:

GOP will attack HRC because she is running for President, but IG report makes clear her personal email use was not unique at State Dept

While the report mentioned “many examples of staff using personal email accounts to conduct official business,” it singled out two people, in addition to Clinton, for using non-department systems on an “exclusive basis for day-to-day operations”: former Secretary of State Colin Powell and former Ambassador to Kenya Jonathan Scott Gration, who served from mid-2011 through mid-2012.

The report notes that the circumstances of each case are different. During Powell’s State Department tenure, for instance, the email system only allowed for inter-department communication. He therefore requested a system so he could communicate with people outside of the State Department.

However, it is not clear whether staff explicitly addressed restrictions on the use of non-Departmental systems with Secretary Powell,” the report states. It notes that agency officials thought they were complying with all relevant security requirements, but “information security were very fluid” during Powell’s years at the State Deparment and the agency wasn’t aware of “magnitude of the security risks associated with information technology.”

By the time Clinton became Secretary of State, the agency’s understanding and practices were “considerably more detailed and more sophisticated,” the report states. “Secretary Clinton’s cybersecurity practices accordingly must be evaluated in light of these more comprehensive directives.”

The report says that there’s no evidence Clinton ever requested or received approval to conduct official business via a personal email account on her private server. Had she requested permission, according to the IG report, she wouldn’t have received it. Two State Department staffers in the office of the executive secretariat—the people within State who coordinate the agency’s work internally—told the IG’s investigators that they discussed their concerns about the use of a personal email account with their boss.

“According to [one] staff member, the [boss] stated that the Secretary’s personal system had been reviewed and approved by Department legal staff and that the matter was not to be discussed any further,” the report states, adding that there’s no evidence that the agency’s internal legal office reviewed or approved the arrangement.

The report notes that the other employee who raised concerns was told to “never to speak of the Secretary’s personal email system again.”

The other official singled out in the report, Ambassador Gration, wanted to use a commercial email systems for daily business. State Department security officials warned him against doing so, but Gration insisted on doing it anyway. “The Department subsequently initiated disciplinary proceedings against him…but he resigned before any disciplinary measures were imposed.”

Read the full report below: