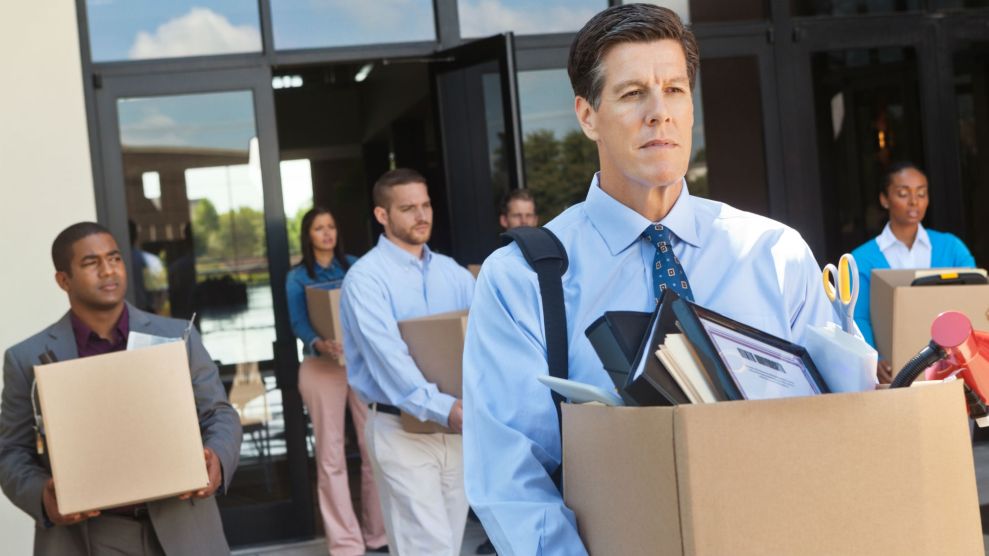 The Corrections Corporation of America, the nation’s second largest private prison company, announced today that it will eliminate 50 to 55 full-time positions—approximately 12 percent of the corporate workforce—at its headquarters in Nashville, Tennessee. As part of a new effort to restructure the company and reduce costs, CEO Damon Hininger will also forfeit stock options and compensation worth $3.7 million.

CCA, the subject of a major Mother Jones investigation, has recently faced a series of setbacks. In August, the Department of Justice announced it would phase out its use of private prisons, which resulted in a class-action lawsuit brought by shareholders. The Department of Homeland Security may be reconsidering its private prison contracts. Since the DOJ’s announcement, CCA’s stock price has dropped 53 percent.

Public opinion also seems to be turning against for-profit prisons. In last night’s debate, Hillary Clinton said, “I’m glad that we’re ending private prisons in the federal system. I want to see them ended in the state system. You shouldn’t have a profit motivation to fill prison cells with young Americans.”

CCA’s shakeup is part of a cost reduction plan that aims to save $9 million in expenses in 2017. In its statement, the company noted that some of the risks and uncertainties it currently faces include changes to DOJ and DHS’s prison policies as well as changes in “the public acceptance of our services.”