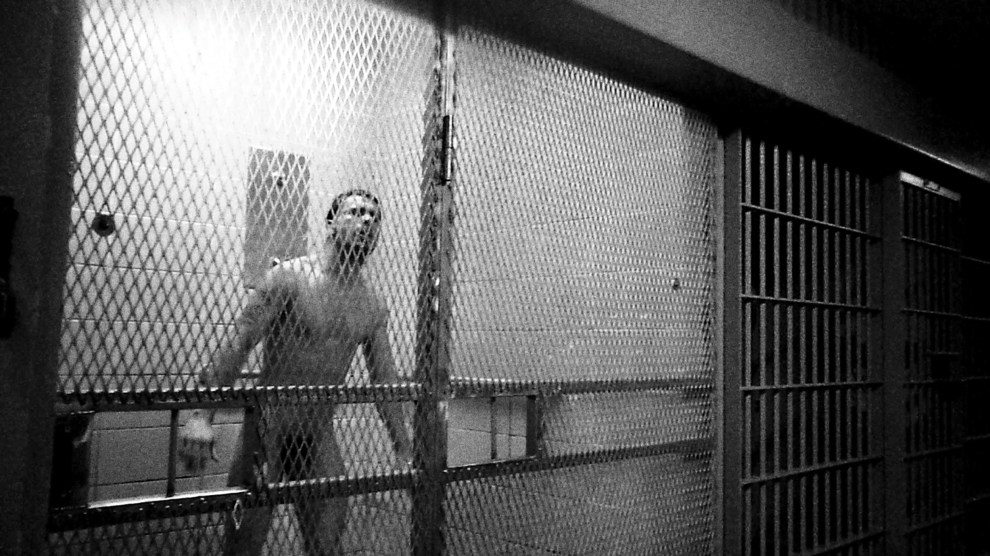 An inmate at Winn Correctional Center, in Louisiana, which until recently was run by the Corrections Corporation of America.Mother Jones

The Department of Justice will stop contracting with private prisons, the department announced Thursday morning. The decision comes a week after the DOJ inspector general released a damning report on the safety, security, and oversight of private prisons, which incarcerate 12 percent of federal inmates.

The announcement comes on the heels of a Mother Jones investigation of a private prison in Louisiana that found serious deficiencies in staffing and security. It also documented a higher rate of violence than the prison reported. Last week’s DOJ report found that private prisons are more violent than federal prisons.

As of December 2015, private prisons incarcerated about 22,600 federal inmates. The news of the DOJ’s decision prompted a quick downturn in stock prices for the two largest private prison companies.

The decision was announced in a memo by Deputy Attorney General Sally Yates, according to the Washington Post. The memo directs department officials not to renew existing contracts or to “substantially reduce” their scope, with the goal of “reducing—and ultimately ending—our use of privately operated prisons.”

Read Mother Jones‘ editor-in-chief and CEO on what it took to pull off our investigation.