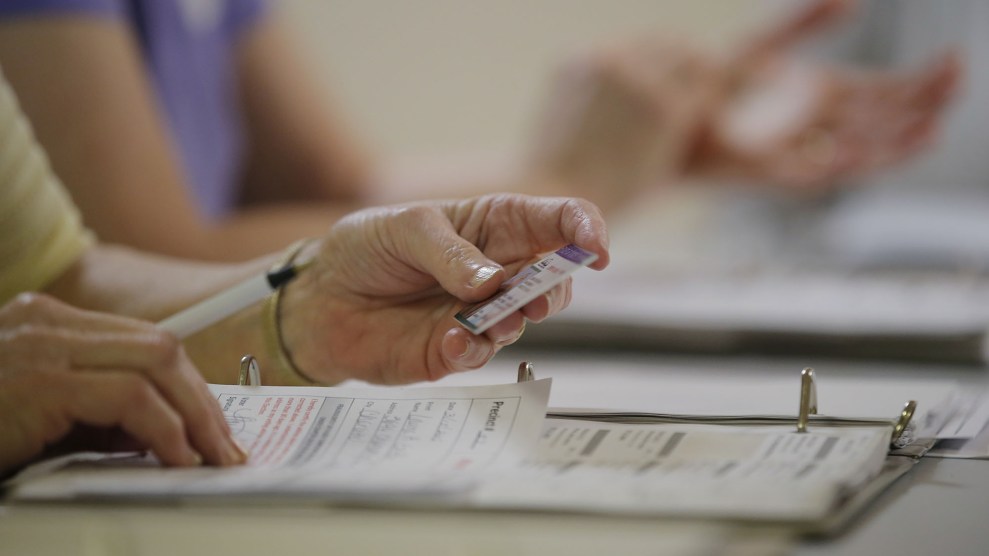 A panel of three federal judges on Monday denied Wisconsin’s request to block an earlier court ruling that struck down several voting rights restrictions in the state including cuts for early voting hours, a requirement that cities have only one location for early voting, residency requirements aimed at limiting college students’ votes, and a number of restrictive voter ID requirements.

This decision means many more people in Wisconsin will be able to cast a ballot in November, and the state will be forced to provide state-issued IDs for those who might have had problems assembling paperwork in order to get identification.

Only one way remains for the restrictive laws to stay in place, Rick Hasen, an election law expert at the University of California-Irvine, wrote on his blog Monday. Wisconsin would have to immediately file an emergency stay request with the US Supreme Court. “Even then, getting over the 4-4 ideological split seems iffy,” Hasen wrote, saying that it is unlikely the state would attempt to appeal to the entire 7th Circuit Court of Appeals after Monday’s decision by three of the circuit’s judges.

This ruling follows the July 29 decision by Judge James Peterson in which he described the state Legislature’s attempts to limit voting rights as demonstrating that “a preoccupation with mostly phantom election fraud leads to real incidents of disenfranchisement, which undermine rather than enhance confidence in elections, particularly in minority communities.” Wisconsin officials asked the 7th Circuit Court of Appeals to stay Peterson’s ruling on August 12, a request the three judges denied on Monday.